Trouble at the JLF Southbank London, more changes at HarperCollins and why there was no CALM this year 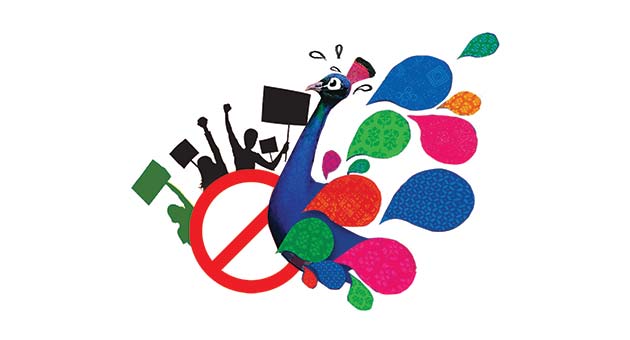 Some trouble at the JLF Southbank London held this week—this is the one-day litfest the organisers of JLF hold in London in May. Activists protested against the controversial mining firm Vedanta being one of the sponsors. Malayalam poet K. Satchidanandan and scientist-broadcaster Aarathi Prasad pulled out; as activists posted an open letter, listing Vedanta’s crimes and exhorting  parti­cipants to boycott it. But the event went on with speakers like Navtej Sarna, writer and now Indian high commissioner, Vikram Seth, novelist Tahmima Anam, Sunil Khilnani and Barkha Dutt. The organis­ers issued a statement: “Our strength continues to be our programming, the speakers and the quality of free and frank discussions.... Our sponsors do not influence these choices....”

The Shillong Ceative Arts Literature and Music, or the CALM litfest, would have been under way around now. But, sadly, there was no CALM this year. Everybody associated with it is recovering from the passing away of Sambha Lamarr, who put the little hill town on India’s literary map. She fought cancer briefly, but lost the battle last month. Sambha ran a bookstore in Shillong’s Nongrim Hills. She would attend other litfests, clo­­sely watching how they were run. She will be missed by eve­ryone whom she touched with her ebullient warmth.

More changes at HarperCollins after Ananth Padmanabhan took over. Krishna Naroor, head of its education division Collins Learning India, has quit. Chaitali Moitra from Macmillan takes over, and joins the HC India Board. She has her job cut out as textbooks are the fastest growing business of HC.

The Tube Is The Greenest Park