Functions at the President's estate, Veteran editor H.K. Dua starts writing about his eventful journalistic career and Anton Chekhov on the novel 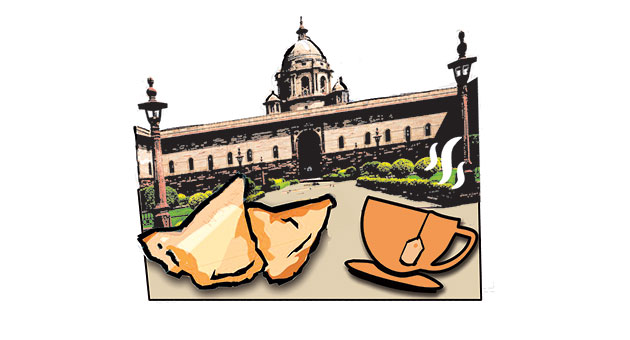 The President’s estate in Delhi is a city in itself, with its gardens, sports grounds, residential quarters, museums and auditoriums (the Rashtra­pati Bhavan auditorium can take about 20 minutes by car from the nearest gate, through leafy avenues of amaltash and gulmohar). President Pranab Mukherjee was handed two books on Tagore at a function by ICCR. He once again talked about the pluralism of our culture, quoting Tagore: “Differences can never be wiped away, and life would be so much the poorer without them. Let all human races keep their own personalities, and yet come together, not in a uniformity that is dead, but in a unity that is living”. Everything else about a function at the President’s house is grand, except the snacks they serve. There are better samosas and dhokla at any neighbourhood sweet shop. And the tea is bagged.

Veteran editor H.K. Dua has just started writing a book about all he saw and heard all through his eventful journalistic career from around the time of Nehru’s death to the pre­sent reg­ime. “It’s still at an emb­­ryonic stage, let’s see how it evolves,” says Dua. But what is certain is that the book will be in his easy prose, with events and people of the post-­Nehru era explained to a new audience, and a no-holds-barred appraisal of political giants from Indira to JP and MGR.

Few have surpassed Anton Chekhov in describing what a novel is: “The best of them are realistic and paint life as it is, but because every line is permeated, as with a juice, by awareness of a purpose, you feel, besides life as it is, also life as it ought to be, and this captivates you”.

Their Names Written In Wax