Lit fests at Mussoorie and Goa, while Vikram Chandra says he is written out as far as non-fiction is concerned 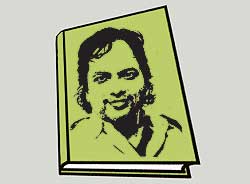 After his remarkable Mirrored Mind: My Life in Letters and Code, where he talks about his two lives as a computer programmer and a writer, about connections between the poetry of words and elegance of algorithms, Vikram Chandra says he is written out as far as non-fiction is concerned for a while. He has got his head down on a fiction book right now. The New York Times said in its review of Mirrored Minds: “Chandra offers a far more complex view of clashing cultures than (C.P.) Snow ever did”. One can only wait eagerly for his next novel. 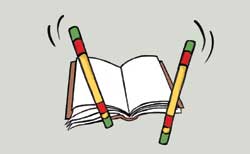 There is now a litfest at the Lal Bahadur Shastri National Academy of Administration in picturesque Mussoorie that trains our babus! It’s by invitation only. And for those who think the kind of folks who clear the civil services exam are dull and dour, here’s some news. At this gathering of a mix of writers, thespians, Baul singers and stand-ups, the probationers were having fun. There was even an impromptu garba dance. Shobha De broke into a step, as did Manju Kapoor. Sparks flew at the session on Naxa­l­ism, where would-be bureaucrats had different views from some panelists.

Meanwhile, the Goa litfest just got over. It was a packed affair, but few outside of Mumbai could attend. For insta­nce, only a filthy-rich bookworm,  that rare bird, could go from Delhi at Rs 32,000 return in a no-frills airline. Pay a little more, and you could be in on the banks of the Seine. Even Bombay-Goa wasn’t flyable—and an unlucky participant who missed her flight ended up paying Rs 4,000 for a bus ride.

Noose Around Her Heart