Shobha De is writing fiction again after a decade, and Penguin is not leaving any page unturned from its marketing manual 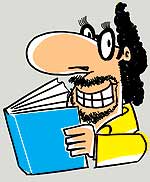 Oil In The Machine

A black card with a faceless politician comes with the words Namaskar, Main aa raha hoon (Hello, I’m coming). A bottle of body oil comes ‘With Compliements from Sethji’. Enough hints that Shobha De is writing fiction again after a decade, and Penguin is not leaving any page unturned from its marketing manual. It’s called Sethji (the protagonist loves body massages, so the oil), a ‘shrewd, ruthless and completely unfettered by morality’ politician. The only person Sethji trusts is Amrita, his daughter-in-law and paramour. And De recently let out in Kasauli: “You will be able to identify at least five politicians in it.”

And what was Shobha De doing in Kasauli? The first Khushwant Singh Literary Festival was on and she was there along with Mani Shankar Aiyar, Lord Meghnad Desai, Bachi Karkaria, Yashodhara Dalmia and others. There were many book launches and readings but what the literati thirsted for most was the sun to go down and the clock to strike 7. That’s when the ‘Kasauli peg’ would be announced—exactly the time Khushwant started on his Scotch for most of his life.

Spread On A Page

The $50,000 DSC prize for South Asian literature longlist is out. The Booker-shortlisted Narcopolis by Jeet Thayil will compete with Amitav Ghosh’s River of Smoke and Rahul Bhattacharya’s The Sly Company of People Who Care. Other titles in the race are like Mohammad Hanif’s Our Lady of Alice Bhatti, Jerry Pinto’s Em and the Big Hoom, Geetanjali Shree’s The Empty Space. There are four books by Pakistani writers (none last year) and writers from Bangladesh, Australia, and the UK too.