“I’m a famous author” may sound like a brag, but if you’re Salman Rushdie it can also be a pick-up line 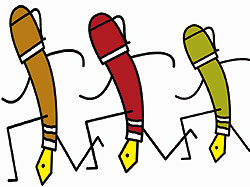 By the time you read this, the Crossword book awards will have been announced. But for the judges, it’s going to be a tough call: come on, how can it ever be a level field when you have three giants—Salman Rushdie (The Enchantress of Florence), Amitav Ghosh (Sea of Poppies) and Jhumpa Lahiri (Unaccustomed Earth)—competing with three debut novels: Past Continuous by Neel Mukherjee, Evening is the Whole Day by Preeta Samarasan, An Atlas of Impossible Longing by Anuradha Roy, and Manjula Padmanabhan’s fantasy, Escape. Surely it’s time the rules were changed to bar previous award-winners from the fray? 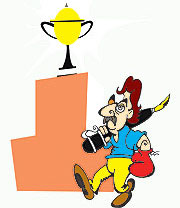 The Shakti Bhatt award for debut writers is clearer about the ground rules: “Books that have been published elsewhere and have already won prizes are eligible, though less likely to win,” states the foundation running the prize in the name of the young writer/editor who died two years ago. Last year, Pakistani author Mohammed Hanif won the Rs 1 lakh award for his A Case of Exploding Mangoes. Nominations are on for the prize to be awarded in December this year.

His Pick-Me-Up
“I’m a famous author” may sound like a brag, but if you’re Salman Rushdie it can also be a pick-up line. A journalist writing in Sunday Times recounts how she was once confronted on the streets by a “portly, balding, bespectacled” man who asked her out for dinner. When she fled, horrified, Rushdie called after her: “But I’m a very famous author, you know!”