"You are somebody famous, aren't you?" "Yes, I am Salman Rushdie." Quick quiz: who's he? 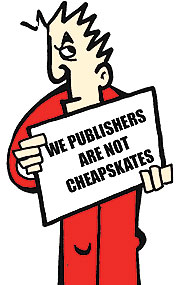 Doubling Over
Ah, the things publishers do to avoid being called cheapskates! Westland has written to clarify that the contributors for the yet-to-be-published Chicken Soup for the Teenage Soul didn’t "write for free" but for the princely sum we mentioned: Rs 500. Nor did they sign away all their rights—it was only for the subcontinent! Contributors get to keep their foreign and TV, film rights too. If it’s such a great deal, one wonders why the publisher sent out a representative last week who allegedly tried to persuade the contributors to accept a revised contract for double the original sum. The price for such generosity? Take back their complaints against the publisher. As one of the writers who turned it down, Gouri Dange, observes: "Rich people don’t mind being called rich; the poor don’t mind being called poor; but cheapskates...how they hate being called cheapskates." 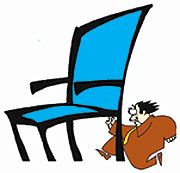 Out of a Cabinet
What has poetry got to do with politics? No, we’re not referring to the cabinet, although there are at least three poets out of the closet there (Moily, Mamata, Kapil Sibal). The race for the Oxford Professor of Poetry chair gets curiouser. Barely a week into her tenure, British poet Ruth Padel had to resign for her role in the smear campaign against rival Derek Walcott. Now supporters of the third poet in the ring, Arvind Mehrotra, are lobbying for Mehrotra occupying the chair instead of holding fresh polls.

Stranger Shores
Heard this one? V.S. Naipaul was once buttonholed by a stranger. "You are somebody famous, aren’t you?" he said. "Yes," said Naipaul. "I am Salman Rushdie." Sweet revenge?