Stables are being hastily locked up after two senior Penguin editors bolted to HarperCollins, while publishers hunt for market-friendly authors rather than books

Stables are being hastily locked up after two senior Penguin editors bolted to HarperCollins. Among the most ingenious methods to prevent their staff being poached by newcomer publishing houses is surely what Pearson is doing. The multinational is coercing senior staff into signing an exit contract that prohibits them from luring other colleagues. They recently slapped a notice on Random House's sales manager, who happens to be an ex-employee of Pearson's. His crime? He dared to poach someone else from Pearson's stable. Insiders say such exit contracts are quite common in the West and with the small pool of talent here, the only way to prevent large-scale poaching seems to be to go the same way. 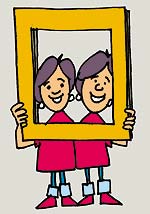 Smells Like Teen Spirit
With publishing focus shifting from writing to writers, publishers are on the hunt for market-friendly authors rather than books. Take the debut launch next week of a fantasy saga rather unfortunately called the Insanity series. The book's USP—just going by the advance publicity material—is the authors themselves: a pair of twins, Suresh and Jyoti Guptara. And as if this wasn't enough to make a publisher insanely happy, the twins also happen to be teenagers—all of 17, and good-looking, to boot.

Mother Of Ambition
Just how crucial age has become in the hype-driven industry was illustrated by an anxious mother who called wanting litagent David Godwin's number. Her son, she said, has just written a novel that deserves international attention. And why? He's only 14!

On A Lyrical Planet