Are writers whose works have not been translated into English condemned to literary oblivion? The tsunami effect and all about writing a column... 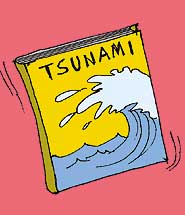 The tsunami may have receded in our memory six months hence, but it is still alive in the creative minds of writers and poets. In March, it was publishers Bloomsbury who came out with New Beginnings, a compilation of first chapters from the forthcoming books of literary greats like Margaret Atwood, Vikram Seth, Ian McEwan and several others, back home it's Rupa which is publishing an anthology of poems dedicated to the victims of the tsunami. Edited by fiction-writer and award-winning poet Judith R. Robinson along with John E. Baker and Sankar Roy, contributors to ONly the Sea Keeps: Poetry on the Tsunami include Dick Allen, winner of the Pushcart Prize and recipient of the NEA and the Ingram Merrill Poetry Writing Fellowhips, and Rosaly DeMaois, recipient of a National Endowment for the Arts grant as well as a Witter Bynner Foundation Award. 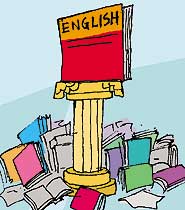 Are writers whose works have not been translated into English condemned to literary oblivion? This is the debate that is exercising litbloggers all across cyberdom ever since Ismail Kadare won the Man Booker International Prize last fortnight. The Albanian, whose works stand doubly translated, first from his native Albanian to French and then from French into English, pipped many a literary giant—across 13 countries—to bag the £60,000 prize, awarded to one writer for a body of fiction. Encouragingly, it also announced an additional prize for the translator. We've had a Booker winner or two, will we ever have someone making it to its international variant? A Mahasweta Devi maybe. But that's only if she settles for a Man Booker International. Word is, she wants nothing less than the Nobel. 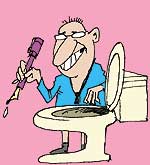 Finally, some advice. BBC World Affairs Editor John Simpson, in his new book News From No Man's Land—Reporting the World, quotes legendary foreign editor Louis Heren as saying, "Writing a column is like having a good shit." We agree, only as long as it doesn't turn into verbal diarrhoea.

Jallianwalla: The Empire As Abattoir