Lakshmi Parvati has decided to tell all; have the novel-readers switched over to TV serials? Book stealers, take heart! 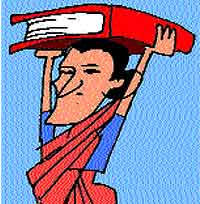 Her plan to write a biography of him never materialised but won Lakshmi Parvati a mangalsutra from Telugu Desam founder NTR. Ten years after their sensational marriage (he summoned her to the dais at his film premiere and tied the knot before his astonished fans) and nearly eight years after his mysterious death that led to mutual suspicions and mudslinging, Lakshmi Parvati has decided to tell all. For the lady cast out into the cold by NTR's son-in-law and CM Chandrababu Naidu, the timing is just right: her book on NTR's life and death (in Telugu and English) will hit the stands a month before the state goes to the polls. It's one book that shouldn't lack for publishers but funnily enough, it's going to be a self-publishing venture. 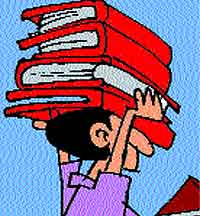 One had only to glance at the regional publishing houses doing brisk business at the just-concluded World Book Fair in Delhi to disprove their gloomy projections of a few years ago. Books in English still form the bulk of the industry, but it's only books in regional languages that reach small towns and villages, according to Ashok Kumar, who has just plunged into publishing after a successful two decades of running a chain of big bookshops in Andhra Pradesh. His formula: books of information rather than novels ("novel-readers have switched over to TV serials"); self-improvement and spiritual books (he has bought the Telugu rights for Eknath Easwaran's Conquest of the Mind); and books for NRIS anxious to teach themselves and their children their mother tongue.

Book stealers, take heart! Khuda Baksh Khan, the founder of Patna's Oriental Library of priceless manuscripts and paintings, was not above pinching good books whenever and wherever he could. In his treatise on the library, V.C. Scott O'Connor gives the founder's justification: "There are three kinds of blind men: those without sight; those careless enough to lend books even to friends; and those who return books they have borrowed."