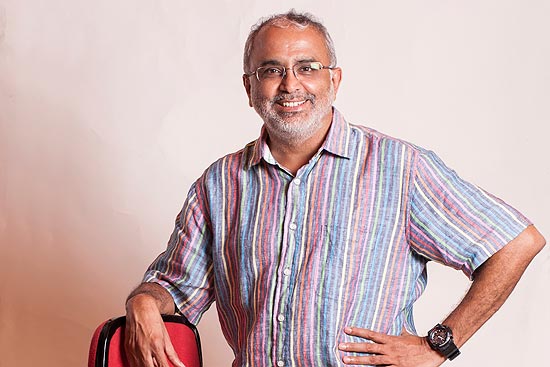 Bond with the worst

When James Bond cannot kiss a 51-year-old woman in the midst of full-grown adults in a darkened theatre, and when the Wolf of Wall Street is beeped 506 f****** times on late-night TV because an uncertified schmuck on the censor board doesn’t like it, it is good to escape to the east, where an ostracised woman gets masturba­ted by a dog in broad daylight. Shocked? Good, that’s the idea. Because gawking at the ‘mai­thuna’, the sacred union of man and woman, at the Sun Temple in Konark is just the treatment sore eyes need in 2015, as the ‘achha’ din over illiberalism and intolerance reaches fever pitch. It is, at one level, illustrative of how much more open our minds used to be; and instructive of the oncoming descent as yogis, babas, sants, sadhvis and ‘chaddis’ try to teach the other 69 per cent how to live, love, eat, talk, pray—and think.

Monica Bellucci and Leonardo di Caprio, res­pectively, might be surprised that Orissa is in the same country Pahlaj Nihalani lives in, but it should surprise the tongue ‘parivar’ even more. That this literature was sculpted into stone in the 13th century, in the 800 years before 2014 happened. That its edifice was laid by Hindu rulers, long before the first ships carrying the Statue of Unity sailed from China. And that thousands continue to ooh and aah at its artistry even today despite the bid to shackle our minds. But it’s evident the brainwashing is working: our guide would ensure my wife was out of earshot before he described the eroticism, sotto voce.

Positing the permissiveness of medieval Kha­juraho against modern conservatism is a cliche. But the Sun Temple is mounted on wheels. If only the ‘bahubali’ reputed to move mountains could roll it down to Nagpur, they might leave the Bharat they inherited in better shape.

There are press clubs and there are press clubs, but none quite so unique, it would seem, than the Press Club of Odisha. Unlike the rest of India where journalists, working and somewhat not, converge at watering holes and chant ‘OM’ (for Old Monk) before skewering their bosses, here, at probably the only press club in the world set up by proprietors, owners mingle over single malts and skewer God knows whom, ‘God’ himself? And unlike other clubs where scribes protect their turf like watchdogs, this one, set up on prime land allotted by the Naveen Patnaik government, invites doctors, designers, lawyers and corporate types to be part of the fun.

Orissa’s media landscape offers a foretaste of what is to come nationally. Most top dailies are owned and/or ‘edited’ by politicians. So, PCO’s president is four-time BJD MP Tathagatha Sat­pathy, editor of Dharitri. The vice-chairmen are Ranjib Biswal, editor of Samay, whose father-in-law was a Congress deputy CM, and Samahit Bal, editor of Pragativadi, whose father was a Janata Party MP. Secretary Madhusudan Mohanty, owner of the Odisha Bhaskar, was, of course, arrested in the chit fund scam. Naturally, with such heft, press clubs set up by scribes have perished. The symbiotic relationship extends beyond too. Soumya Ranjan Patnaik, editor of Sambad, is an ex-Congressman, while Bhartru­hari Mahtab, editor of Prajatantra, and Jay Panda, who owns OTV network, are BJD MPs.

So, the old chestnut of who is milking whom is meaningless. But in a state where five of its CMs have been editors, where such proximity leaves the reader and viewer, when push comes to shove, should not be too difficult to guess.

For bags bored of resting on the same kind of racks, in the same kind of position, to the left of the door next to the clothes closet, in hotel room after hotel room, the Mayfair Lagoon is just what Google’s algorithms should churn when you type in ‘Bhubaneswar’. Everything about the boutique hotel—the art, the architecture, the ambience—is evident in every square inch of the property, filled with planes, trucks and ducks. It’s a worthy advertisement for local enterprise; even more so for the passion of its owner, BJP politician and former Union minister Dilip Ray.

The Trident next door (which pops up first on search engines) isn’t all bad but it is Mayfair’s magnificent setting, each suite opening into a private garden overlooking a water body, which takes it to another level. That and the food. Star hotels in India have perfected the art of pulveris­ing local cuisine out of existence; dal makhni and butter chicken smeared like ‘tilak’ at the ent­ra­nce after the welcome drink. But here even locals guide you to Kanika, the restaurant at Mayfair.

After gorging on ‘pala chhatu bara’ (mushroom vadas) at the hopelessly punned ‘Baron and Baroness’ bar, I asked a fellow traveller which local delicacy he’d recommend for dinner. “Pak­hala (fermented curd rice),” he said, warming my South Indian cockles. As I headed for the door, he waved the red flag: “With pomfret fry.”

At a seminar at the Xavier Institute of Management, the only person who took off his footwear when the ceremonial lamp was being lit was its V-C, Fr Paul Fernandes SJ.

Krishna Prasad is the editor-in-chief of Outlook. Follow him on Twitter @churumuri; E-mail your diarist: krishnaprasad [AT] outlookindia [DOT] com