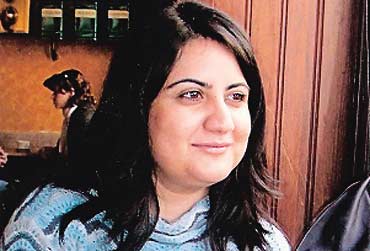 What is the play about?

The play is based on the relationship between Srinivasa Ramanujan and G.H. Hardy, the Indian and British mathematicians.

It is a beautifully written, richly textured story about a cross-cultural exchange, with an almost fairytale quality.

How do you make math and the number theory interesting?

By using a visual medium! Seriously, the play is about the burden of genius.

How did New York respond to the play?

We had an overwhelming response.

What have you learnt about Ramanujan from the play?

The play deals with Ramanujan, the man, who is flawed and human, his youth, innocence, struggles and aspirations.

And about his relationship with religion?

Ramanujan ascribed his maths to the goddess Namagiri, his faith in her was impressive.

Do you have plans to take the play to India?

Yes, we are hoping to take the play to India later this year if all conditions are favourable.