Young Muslim women, they are a changing 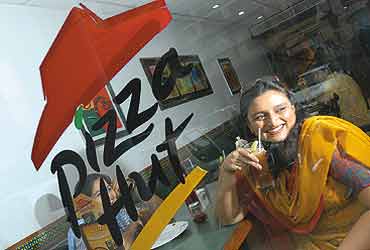 outlookindia.com
-0001-11-30T00:00:00+0553
It 's difficult to see the change behind the shadows of the veils and the burqas. But for the growing number of educated Muslim women, this lack of recognition is hardly a deterrence. They are slowly bending rules to find their own space in a seemingly unyielding society.

Some heartening trends illustrate this change. Political scientist Zoya Hasan and feminist publisher Ritu Menon list some such trends in their book Unequal Citizens: Muslim Women in India. The book presents the results of a national survey covering around 10,000 Muslim and Hindu women. The study revealed a hitherto unknown fact—it established that 26 per cent of educated Muslim women had illiterate husbands.

It is a fact that is further supported by census figures. A majority of the Muslims in India are self-employed—the artisan community, the craftsmen and other such groups. Among the self-employed families, the boys tend to drop out of school at an early age to join their family businesses, while the girls can study on ahead. Says social scientist Imtiaz Ahmad, "I've seen a lot of such examples. But this trend also has its fallout like families imposing a ceiling on girls' education because being over-educated renders them sort of 'unmarriageable'. But by and large, the girls are moving ahead and that is heartening." According to him, the spread of mass media and a growing awareness of the socio-economic changes around them have turned this tide.

For young women such as 26-year-old Shazia, this vista of change has helped them chart out their lives in a manner far different from what the religious orthodoxy expects. She walked out of an oppressive marriage with full support from her family. "I started working from an early age. My work made me more confident than a lot of girls around me. It helped me walk out of a bad marriage. This is how change happens. I am telling you, things will no longer remain the same for women in my community," she says. Feminist writer Sheeba Fehmi agrees: "The modern Muslim woman is learning to find her own voice by working around the system. She is changing the rules of the game strategically and intelligently. More and more of them are getting educated, although we still have a long way to go. But the change has begun, even if it is still at the idea level," says Sheeba.

Sheeba herself was the youngest editor of a journal called Kanpur Action about a decade back. Since then, she has married and moved to the walled city area where her husband Arshad Fehmi is engaged in a fierce battle against the Shahi Imam of the Jama Masjid. Fehmi wants to form a society for reform in the most conservative Muslim neighbourhood in Delhi. Tough perhaps, but it will allow many women like Shazia and Sheeba to steer their destiny towards a better tomorrow.