Bet Against The Chimera

The people will choose performance politics over vacuous opposition offerings 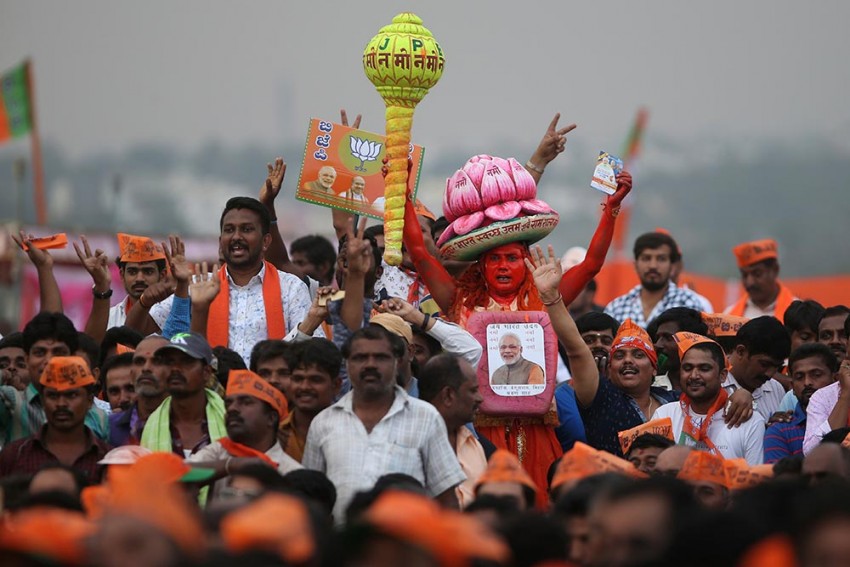 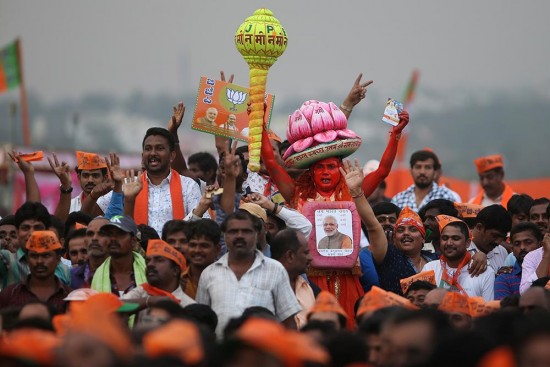 One indicator of greater awareness among the masses is the cases being filed in consumer courts. The number has risen over the years and even less well-educated people are now taking recourse to such litigation, which is inc­reasingly seen as a protective mechanism. Since the formation of the National Consumer Dispute Redressal Commission in 1988, 49 lakh cases have been filed in the nat­ional, state and district level commissions—and 91 per cent of these have been heard and had their verdicts delivered. Perhaps this also explains the tendency of consumers becoming more alert about preserving warranty cards and similar documents. This is an ind­ication of greater awareness on the part of the people about how manufacturers or service providers can hoodwink customers. The lesson to be learnt is: people no longer allow any agency to take them for a ride.

This lesson needs to be learnt by all political parties, particularly by those who have neither a distinct ideology nor any well-articulated agenda for national development. This is a lesson to those parties that are bereft of any track record they can cite to gain credibility on the count of performance in governance, but are nevertheless trying to stitch together a ragtag alliance and pretend to be an alternative to the NDA. These efforts, to say the least, are an abject insult to the voters and their ability to choose.

The BJP’s call to free politics from dynasties, votebanks and casteism has had an ­echo effect.

Those engaged in such efforts have started daydreaming about 2019. But they must understand that 2019 is not 1977, not 1989 or even 1996, and certainly not 2004. The 1977 verdict against Mrs Gandhi was a resounding victory of the saviours of democracy, who offered satyagraha and braved jail terms to end the draconian rule of the Emergency—and remember, the majority of them are in the BJP and the ruling establishment today. In 1989, V.P. Singh rode the anti-corruption wave. Today, the gravity of the challenge of corruption is less as even former middlemen agree that the power corridors in Delhi are free from agents and brokers. Even those who are not traditional supporters of the BJP agree that the Saaf Neeyat (‘clean intent’) of the government leadership is unquestionable. 1996 was the verdict for change, for seeing a new political formulation established—and the popular push for this was so strong that elections delivered the same verdicts in ’96, ’98 and ’99.

Then came 2004. While the NDA government had worked wonderfully, the failure perhaps was in the communication strategy. Having learnt their lesson on this front, the BJP today is doubly careful. At a recent state BJP executive meeting, Maharashtra CM Devendra Fadanvis emphasised that the best communication is person-to-person and booth-level activism, and that fine-tuning the organisation will ultimately pay off. Besides, unlike in 2004, the BJP today is far stronger in the states. With over 20 states under BJP rule, the party is in an advantageous position against the Congress. Again, unlike in 2004, the party plans to conquer areas not currently under its influence; to use the BJP president’s favourite term, the ‘Coromandel states’ of West Bengal, Odisha, Telangana, Andhra Pradesh and Tamil Nadu have been focused on for more than two years.

Equally important is the fact that, post-Karnataka bonhomie notwithstanding, the opposition has inherent limitations when it comes to being on the same page at the same time and in the same geographical areas. With whom will the Congress go in Andhra—TDP or YSRC? And will it support the BJD in Odisha? And how about Mamata preparing to make common cause with the Communists? Behenji (Mayawati) has already started asking for at least 50 per cent of the Lok Sabha seats. Even if one takes an extremely generous view of the opposition’s efforts, the fact remains that the Congress may not be able to dictate terms always and everywhere. And if power is to be sacrificed, what would be the motivating factor for the Congressman?

Finally, the BJP’s confidence is reasonably based on the fact that its clarion call to free politics from dynasty-based parties, votebanks and casteism has an echo effect. Politics of performance is after all a term copyrighted by the BJP—and no other party has even thought of challenging this.

Modi Still Alone At The Top