The story is familiar, the twists deliberate. Meet Guru, Dhirubhai Ambani by proxy. 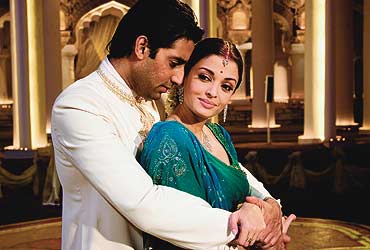 Faceless Politician/ Congress leader
He didn’t like Dhirubhai at all; but the businessman managed to woo him because of the old nexus with the politician’s relative

t's a simplistic reel-life script about a complex real-life character. It's a mix of fact and fiction, actual events and myths, allegations and justification. But it's still about the man who created India's largest private sector entity, and whose eldest son dreams of gatecrashing soon into the Top 10 global list. The time period has shifted back, the gender of his heirs has changed, several living and dead personalities have merged into one, but for those in the know, Mani Ratnam's Guru is about the life and times of the late Dhirubhai Ambani and Reliance Industries.