An unfair ‘by association’ barb and its implications 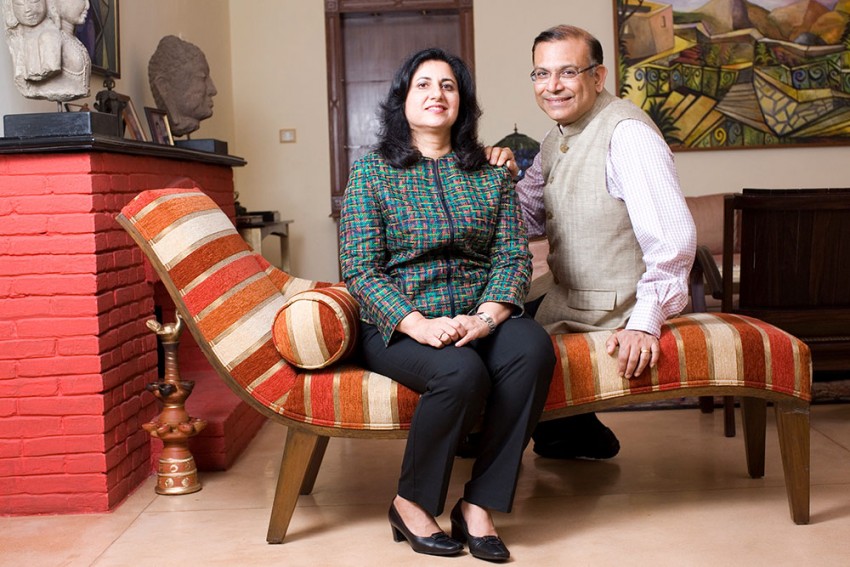 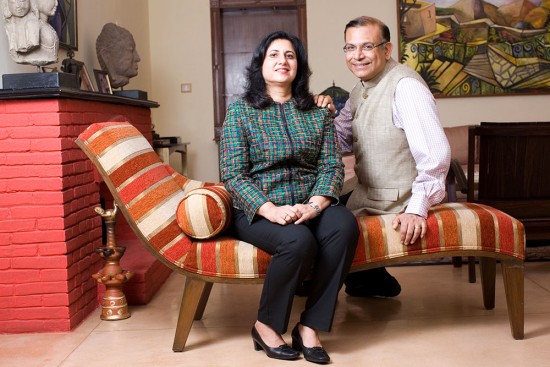 After the recent cabinet shuffle, media reports ost­ensibly explaining Jayant Sinha’s departure as minister of state for finance surreptitiously introduced the wife angle. Whilst one woman (Smriti Ir­a­ni)­ was battling reports and speculative pieces on her change of charge, another (Mrs Jayant Sinha, or Pun­ita Kumar-Sinha, to give her full name) was int­roduced into the narrative. In an interview in April 2014, before Narendra Modi became prime minister, Jayant had clarified that he and his wife had their own separate professional accomplishments that led to their seats on the boards of various companies. The time is relevant: at the time of the interview, the BJP had neither won the election, nor was he a minister. It was an egalitarian statement: a man ack­no­w­ledging his wife’s professional competence. After the May 16, 2014 victory, the clock started ticking; the knives were drawn and during the recent cabinet reshuffle—he was moved from the finance ministry and made MoS for civil aviation, seen by some as a demotion—his wife became his Achilles heel.

The problem with Punita is she doesn’t tell her husband’s story; she tells only her own. For this IIT and Wharton alumna, with over two decades of work experience, the elevation of her husband to minister might be the only glass ceiling she has encountered. Make no mistake, it is one.

It’s time we bust through the stereotypes and recognise that women have to pay a price not only for their own success but also for that of any male figure presumed to hold influence over their lives. We must recognise the implicit bias and not only the explicit bias that stalks women achievers. When conjecture is posited as certitude, Mrs Jayant Sinha clarifies that Punita Kumar-Sinha is a working professional and exp­lains her presence on boards that preceded and continued after her husband’s new role as minister. Left unstated is that it will also outlast his ministerial tenure. Remember, there is no proof of breach, just commentary implying that she doesn’t know her place and needs to be put in it. Her response is presented as a “clarification” in quotes, to signal that this isn’t quite enough, because privilege is already established by virtue of who she is married to. The breach isn’t quite est­ablished, of course, but how does that matter? So what must Mrs Jayant Sinha, who is also Punita Kumar-Sinha, do? Quite simply, she must quit her job and host tea parties. But even those are problematic! It reminds me of  Sunanda Pushkar Tharoor, who was plagued with labels of beautician or socialite. Both these women have paid the price—for being overqualified, or perceived as underqualified. And most importantly, for having an imprint of their own.

So how about some clarity instead of salacious conjecture. How about enacting a nepotism law like the one US passed in 1967 as a result of John F. Kennedy appointing his younger brother Bobby Kenn­edy as attorney general? Think it will happen? Will we erase the grey areas or is it just too tempting to leave them be to provide openings for agendas and motivated attacks?

In any case, as a working professional holding no government position, it would still leave Mrs Sinha free to pursue her career. And it would also introduce clarity in what exac­tly constitutes nepotism. Furt­hermore, in India circa 2016, rights for working women must also touch on any discrimination they experience by their association with a man. When does the narrative go from being gossip to impacting the professional reputation and earning capacity of a working woman? No one will answer this because the truth is implicit: it does have an adverse impact, never mind if the press has been busy (yet again) presenting this from the male perspective alone.

As for a nepotism law, the debate has only been ignited, but we must all seek transparency in public life and also protection from accusations that debilitate reputations with innuendo and not facts.

Punita Kumar-Sinha runs Pacific Paradigm Advisors, an investment management firm that she founded in 2012. She is on the board of many companies, the latest being Infosys.

A Shooter Bonds With His Gun