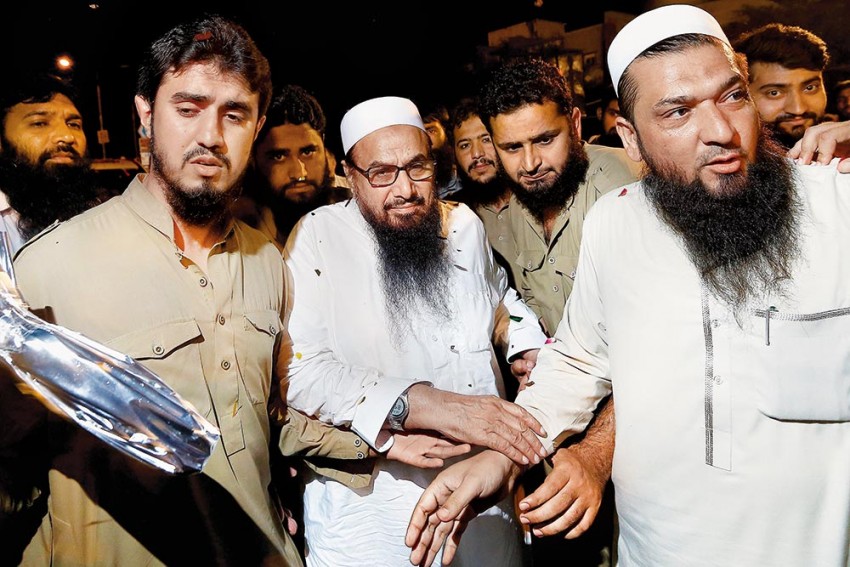 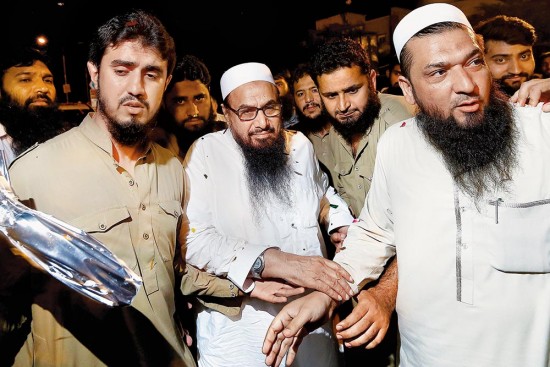 In a world generally worried about violent ext­remism, it seems to be business as usual for at least some militant groups inside and around Pakistan. There are two kinds that exist—those who target the State, and others who are compliant with the State’s broader strategic goals. However, the implications of both types are dangerous for the country. A glance at some of the terrorism data—none of which is available in Pakistan, where there is a serious shortage of data both in the public and private sector (at least, it is not publicly available)—indicates that the highest number of attacks took place in Balochistan (35) and Khyber-Pakhtunkhwa (KP) province (including 34 in tribal areas, followed by five in Sindh and one in Punjab). Punjab seemed to be the safest province despite the presence of many militant extremist groups. The most violent attacks, inc­luding suicide attacks and targeted killing of Shias, were carried out by Islamic State (IS) and the Tehreek-e-Taliban Pakistan (TTP). These two groups harbour a highly acidic sectarian bias, and are expansionist in their perspective.

Military operations, which started in 2014 and continued up to 2017, appear to have curbed the influence and capacity of a lot of terror groups, but the threat remains. This raises the fundamental question of whether it is possible at all to finish off IS and the TTP entirely without doing the same to other groups that the State is relatively comfortable with—a whole range including the Jammat-ud-Dawwa/Lashkar-e-Toiba (JuD/LeT) network, the Jaish-e-Mohammed (JeM) and the Ahle Sunnat-wal-Jamaat (ASWJ), which continue to exist in different shapes and forms. These groups have never really attacked the Pakistani state. However, could these be trusted given their kind of ideological framework, which has much in common with what the Al Qaeda and IS parrot?

While popular analyses break down militant groups into those fighting against India, especially in Kashmir, versus those that have a sectarian agenda, or others with a global agenda, such diff­erences are sham. In fact, sectarian bias is part of the larger agenda that could get pushed back temporarily for tactical purposes.

Sectarian bias is part of the larger agenda of all militant groups, which could get pushed back only temporarily.

The real difference lies in the nature of training, foreign versus local leadership, and supply of financial and other resources. IS, for instance, is believed to have more Arabs compared to others, and its militants, who were exposed to war in Syria, are better trained and more brutal. Moreover, popularly known as Daesh, IS aims to neutralise the State in its favour, which other groups don’t. Thus, LeT or JeM and others may have the same ideological frame, but count as groups that hope to gain ‘while working within the system’ with the intent of manipulating power circles in Pakistan to their own advantage. The second category of militant groups will thus continue to survive as long as they do not cross a certain line and threaten the country’s security establishment. The State would rather protect these organisations and keep them alive because they are seen as the strategic backbone, which will rise up and become the additional reserve force in case of an external threat.

Interestingly, among groups belonging to the second category, there seems to be a difference between the JuD/LeT network and the ASWJ, on one hand, and JeM, on the other. While the former have resorted to following the plan of getting mainstreamed, JeM has stayed away from the idea. Though JeM has mellowed down its jihad rhetoric in its publications, which was more for hiding the extent of its activities, it did not abandon its main purpose of jihad.

This is nothing odd because the militant organisation has consistently stayed away from even open proselytising or involving itself in social causes in the area, as it does not want to get distracted from its basic agenda. Social reforms in its area of operations, it is argued, would bring it needless public attention. In any case, JeM was never in the business of politics. The ASWJ, which is a Deobandi militant organisation, has been contesting elections. The head of Sipah-e-Sahaba Pakistan (SSP), of which the ASWJ is an offshoot, stayed alive by participating in elections and making gains where possible, especially in Sindh.

The JuD/LeT network, by contrast, accepted mainstreaming its framework even at the cost of abandoning its historical position of rejecting elections as part of democracy, which was condemned by Hafiz Saeed, just like Asim Umer of ‘Al Qaeda in the Indian Subcontinent’ did.

Surely, JuD/LeT measured the cost of not accepting the mainstreaming proposition to its life as a network. Its political wing, the Milli Muslim League (MML), aimed at cutting into Nawaz Sharif’s votebank without necessarily winning the contest. The MML has gone relatively silent after the 2018 elections, which indicates it was a tactical move rather than a strategic shift.

The new Imran Khan government is unwilling to make any moves to strip ­militant ­networks of their power.

The gains of integrating with the State’s larger objective of mainstreaming such organisations are clear, starting with the leadership’s security. The government could always argue that Hafiz Saeed and the men around him are no longer a militant organisation, hence there’s no need to impose any major restrictions on them. There is nothing objectionable that anyone could find in the claim made by Hafiz Saeed’s son during the 2018 elections of making Pakistan the citadel of Islam. The Supreme Court of Pakistan allowed JuD’s welfare wing, the Falah-e-Insaniyat Foundation, to continue with its activities. Repor­tedly, Hafiz Saeed now plans to get his organisation’s assets defrozen—not that the freezing of assets had any impact on his activities. The JuD/LeT network has continued to carry out its activities and even contest elections while the accounts were frozen, giving rise to questions on where are the resources coming from.

It is also obvious that the new Imran Khan government is not willing to make any moves to strip the JuD/LeT or other militant networks of their power, despite pressure asserted by the Financial Action Task Force. These outfits may be the last refuge of the State in the face of perceived threat from both internal and external sources. While the Pushtun Tahafuz Movement for the protection of Pushtuns inside the country is viewed as a threat extending from an unfriendly Afghanistan, the sec­urity establishment is doubly worried about the growing right-wing power in India.

In such circumstances, militants survive. Will financial pressure make the State change its mind is a million-dollar question. Perhaps, the understanding is that some part of the world will still provide a helping hand and not let the country sink despite its internal militant reality.