The directors, the writers, the lyricists, the music makers ...the changing techniques and trends of the last decade, from film making to distribution. 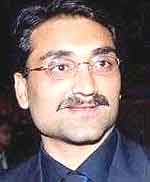 1995 was something of a watershed in Indian cinema as Aditya Chopra's debut film, DDLJ, marked the beginning of the dominance of the Yash Raj style of film making, created by Aditya and Karan Johar, following in the footsteps of their hero, Yash Chopra. This style was instantly recognisable as it starred Shahrukh Khan, showed wealthy Indians who moved easily around the world, where everything was beautiful, families loving and all differences could be resolved through love and forgiveness. The songs were memorable, the dialogues powerful, the look of the film carefully composed and the whole was driven by narrative. These films brought the overseas audiences closer to India while not giving up the strengths of the Hindi film form. Although this style spawned many copycat films, the makers themselves shifted gear with films such as Dhoom and Kaal.

Yash Raj Films is opening its own studio later this year which could have a major impact on the way films are...