Be Back In Just A Minute 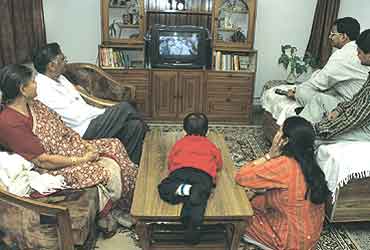 On a Friday evening early this month, Star Movies aired Reese Witherspoon starrer Sweet Home Alabama. HBO countered it with The Mask. A frothy romantic comedy, Sweet Home... could have you hooked. But were you glad for the commercial breaks! One click...intermittently...to relive the Jim Carrey flick, a perennial favourite. All said, a very enjoyable evening on the couch. Trouble is, you wouldn’t know who to thank, don’t know who sponsored the films. Fleeting glimpses were all you got of the commercials.

That’s really the bad news for the sponsors. The remote is suddenly all too proximate! This great invention of our times has now infiltrated nearly 60 per cent of India’s 43 million cable and satellite homes, which incidentally are prime targets for advertisers. All these viewers can skip commercials at the press of a button to catch the action on other channels.

Numbers show they are doing it more and more. According to a recent study by television rating outfit TAM India, viewership of commercial capsules has been dipping and the gap...