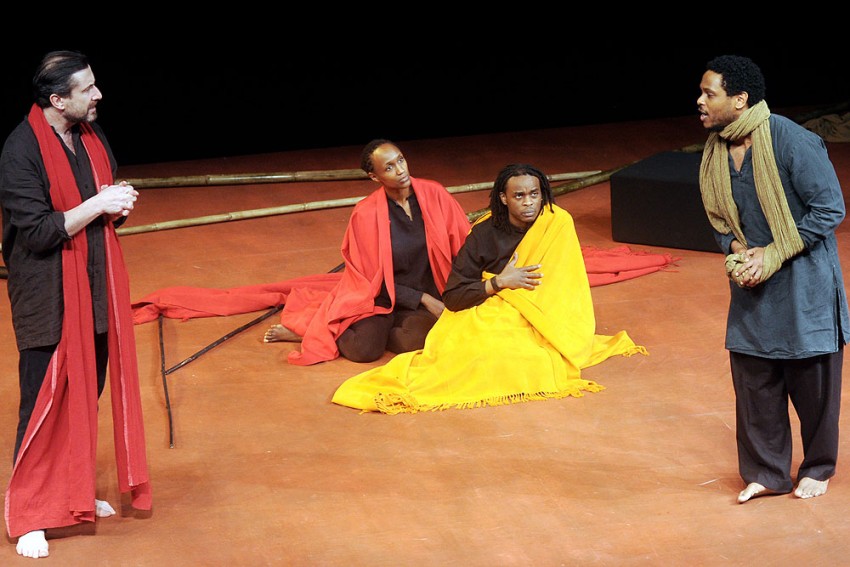 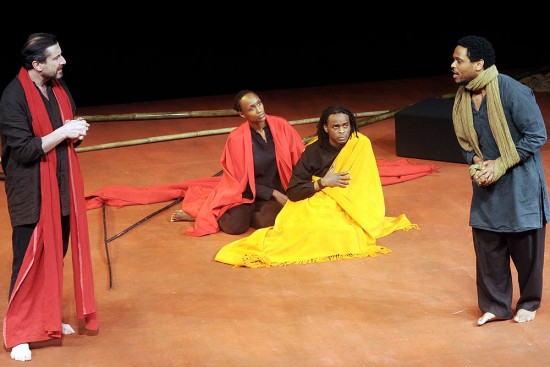 Battlefield, directed by Peter Brook, only 90, and Marie-Helene Estienne, opens at the end of the battle in Mahabharata, where Dhritarashtra and Yudhishtira are trying to sum up the war. The 65-minute, tightly constructed play explores the complex philosophies of the epic. Like Brook’s Mahabharata, Battlefield strips down the epic to its bare minimum and spotlights ideas such as justice, death, destiny, time, duty and truth. Actors emote minimally. The creative use of light, minimal props such as shawls and sticks, accentuates the play’s philosophical nature. Characters such as Yudhishtira, Dhritarashtra, Bhishma, Krishna, Kunti and Vidur are played by a cast of four, with musician Toshi Tsuchitori providing the tempo. As Brook has said, Battlefield tries to mirror the epic’s relevance in today’s troubled world. The actors don’t shy away from referring to the beef ban and draw a chuckle. But it is such exchanges that cut deep: Yudhishtira—What will be my choice then? Krishna—Between a war and another war. Y—The other war...where will it take place? In the battlefield or in my heart? K—I don’t see a real difference.