Sanjay Singh’s past returns to haunt him, in the form of his first wife 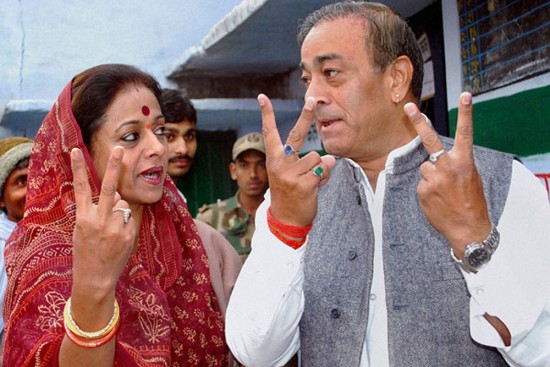 An erstwhile princely state, Amethi has since 1977 come to be better known as the bastion of the Nehru-Gandhis. This came about when its former raja, Rananjay Singh, offered it to Sanjay Gandhi for his political debut. His brother Rajiv took the same route, and was followed by wife Sonia and son Rahul, who continue to give this rustic town its high profile.

But this isn’t a story about the Nehru-Gandhis. It’s about Amethi’s original first family and a tale of two wives—Garima, the first wife of local scion Sanjay Singh, and Ameeta, to whom he is married now. Garima and her three children—Mahima, Anant Vikram and Shaivya—have decla­red a war for their inheritance, the battleground being none other than the royal Bhupati Palace in Amethi.