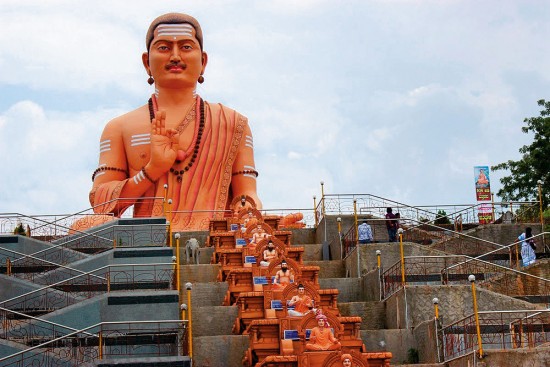 Over the centuries, Basava’s words have inspired many other Indian poets, writers and dramatists—and some very British poets, too, including Ted Hughes. Hughes found in Ramanujan’s translations of Basava a voice so uncannily natural that it rem­inded the famously immodest Hughes of himself. He said he heard in Basava the sort of poetry he wrote when young and relatively unstudied—a style that moved like “a voice in the air”.

Today, Basava himself is a bit like a voice in the air. As scholars dispute the dates and details of his life, his followers speak of him in reverent fables; to them, he is known more respectfully as Basavana, elder brother, or even Basaveswara, Lord Basava. His verses, though, are what explain him best. They have a directness that rev­eals an independent thinker, social reformer and religious teacher who sometimes struggled to resist worldly temptations. Each of his poems evokes his passionate devotion to Shiva—lord of the meeting rivers, as Basava called him—and left classical formality...