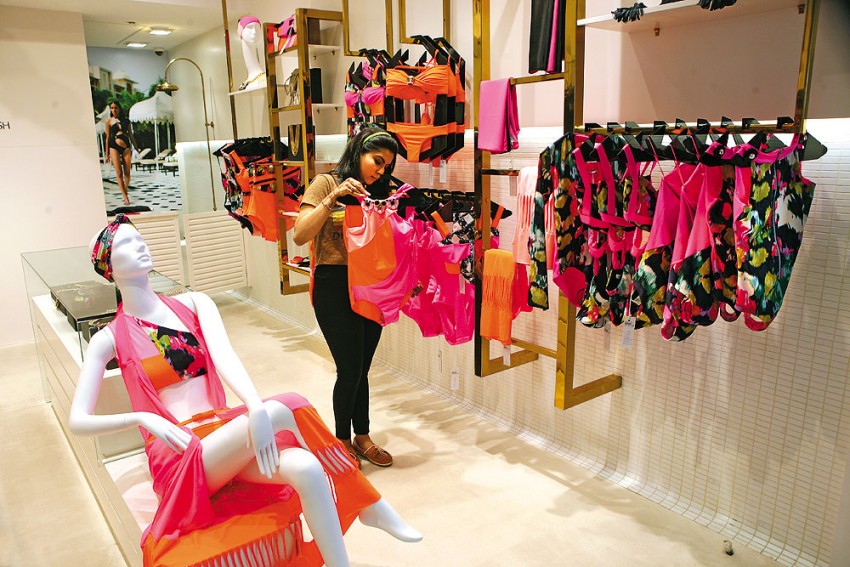 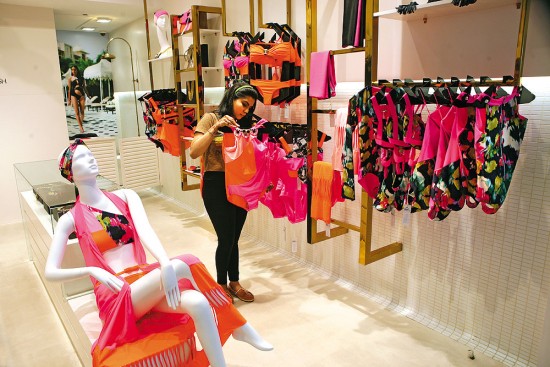 Everything was predictably picture-perfect about the trousseau, except the eminently honeymoon-worthy dream snoop-neck shoulder straps—stitched to flaunt and sizzle on the relatively unspoilt beaches of Maldives. Straight out of a conservative Marwari family in Mumbai, looking sexy was yet a far-fetched dream for Suhana. But a surprise two-piece changed it all. She couldn’t hold her excitement back, even while shooting a call to designer duo Shivan and Narresh all the way from Maldives. “I am officially your most satisfied customer,” said an elated Suhana. Since then, her cousins have frequented the designerwear studio in Mumbai to buy their holiday-wear. There clearly seems to be a shift in the taste for swimwear couture among young women.

It may not be so apparent, but body-beautiful wannabe mermaids just have to turn out well to turn heads at beaches and pool-side parties. Designer swimwear is what they are craving for. Women are no longer stuck with the narrow range of sports swimwear or the hideous swimming costumes adorned with floral patterns and dissonant colour com­bi­nations that passed for Indian swimwear for peo­ple bold enough to be seen in them. In this age of globa­lised fashionistas and hepcats preening out of manifold media, their sights are set on comme il faut silhouettes, ostentatious cuts and bolder colour schemes. There has been no riper time for designer stores specialising in haute swimwear to dish out fancy apparel. When Select CityWalk in Delhi approached designers Shivan and Narresh to convince them to open their second swimwear boutique in Delhi, they were hesitant. “But they really encouraged us to take that call. There was already a major influx of enquiries from women asking for such designerwear,” recalls Narresh. It may be just four years since they introduced their products to the Indian markets, but demands have spiralled up like a tornado column, leaving a swathe of well-trampled stores in Mumbai, Goa and Delhi in its happy wake. 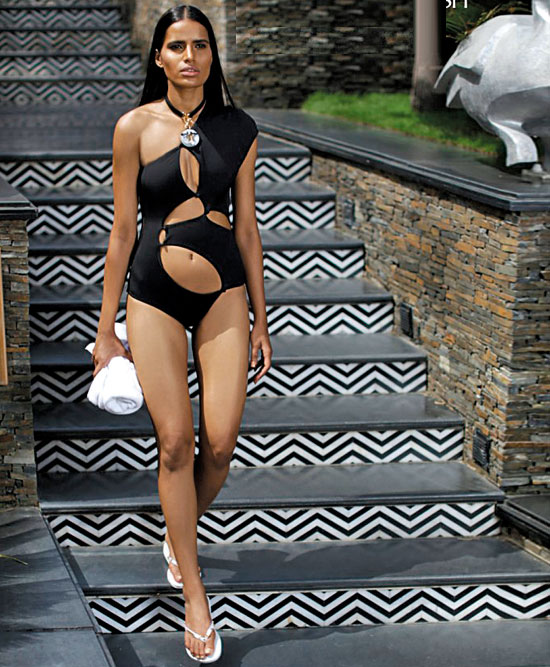 A model in one of their creations

Not only the bold and beauteous metropolitan dames with bulging handbags eyeing Roberto Cavalli, the scene is scorching elsewhere too. The customised swimwear store Mezzaluna, set up in Mumbai in 2006, has seen a leap in sales over the last five years. According to its founder Ajay Rajpal, the hike has been about 200 per cent and can be attributed to the fact that the demand for trendy swimsuits, fed by, crucially, the need to be seen in one—in flesh and on social media—has caught on like fire. Surprisingly, it’s not only the big cities that are shaping the market. Some of the biggest boutique purchases have been from women in smaller towns. Even Shivan and Nar­resh concede, “The kind of sales that smaller towns register far surpass those in the metros. For example, we’ve had a lot of attention from cities like Nagpur, Raipur, Surat, Ahmedabad, Lucknow, Cha­ndigarh and Pune.” Dim­ple Verma, the creative mind behind Turqu­o­ise and Gold, a fashion house specialising in swim and resort wear in Bangalore, feels that the hit­herto scantily-clad Indian market  suf­fered from a poverty of options: “The idea beh­­ind venturing out stemmed from my love for beach holidays. As a customer, I felt that there weren’t too many choices in India when it came to resort wear.” Indians are also not necessarily the most fashionable travelers. “We were probably the worst dressed lot when it came to holidaying, but things are changing.”

At last, boutique costumes have also found their spot online. The Beach Company, an online swimwear company that opened in April 2012, delivers attractive labels at the doorstep, even to smaller towns. 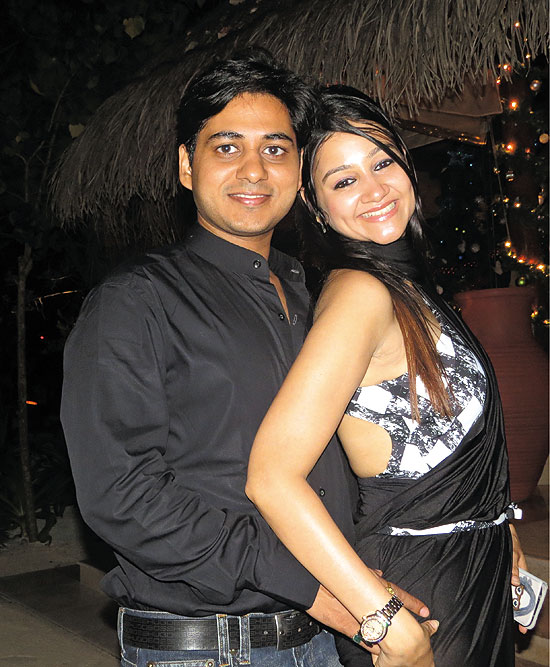 Shilpa from Raipur, a swimwear buyer, in Maldives

Though still largely driven by affluent women, some of the largest purchases of boutique swimwear came from small towns.

Boutique swimwear sales are being driven by women from middle-class and wealthy families, typically before vacations and honeymoons and for bridal trousseaus. Shilpa Aggarwal from Raipur wore a coc­ktail dress on New Year’s Eve during her Maldives holiday. “I saw Huma Qureshi wearing the same dress for a publicity event afterwards,” she says excitedly. But des­­i­gners are also adapting to demands of people from different regions. Mezzaluna is the only store that provides burkini (swimwear that covers you head to toe) for Muslim women. According to a fashion des­igner, “It’s important to involve the math of problem-solving while designing such costumes. Women are conscious of body issues, wei­ght, scars, stretchmarks. We use tec­hniques like colour blocking to highlight or conceal areas according to requirements of custo­mers.”

Significantly, it’s not only a thirst for fashion oomph that’s dri­ving sales, but also the confidence among women to carry off edgy haute couture designs with ease. Rakhi Bhutani (35), a businesswoman from Nagpur who’s been on expe­rim­ental mode for some years, feels women have become more independent and conscious of lifestyle choices: “There has been a great sartorial shift in the last five years. The younger generation is better travelled; their exposure to Wes­tern fashion has influenced their dressing.” 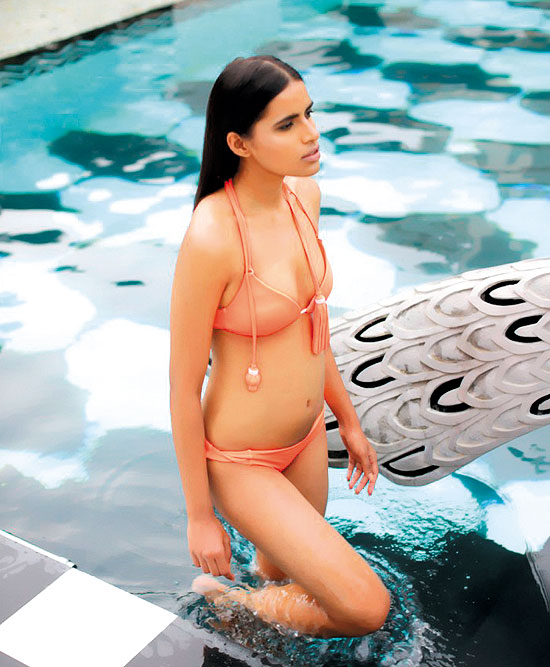 Still, some feel over-the-top cuts and designs don’t go down well with Indian customers. Narresh begs to differ. “In a civilisation where bathing was central to religious ceremonies and cultural practices, where women could bathe in rivers publicly with their clothes on, the last 200 years have just added layers of conservatism to clothing.”

Those layers, even as we look around app­reciatively, are peeling off in large, expansive sections with every year. The metrosexual Indian woman flaunts her clothes, career, purse, and curves with effortless flair. The new line of boutique swimwear gives her shape and tightens our insides with irrepressible longing. Azure or emerald, the water looks good around her too.

By Ashna Bajaj and Francis Maindl

Looking For A Third Eye