Bang Bang, And You Win

Leave swing to the poets. All we need is the demonic grin of the six. 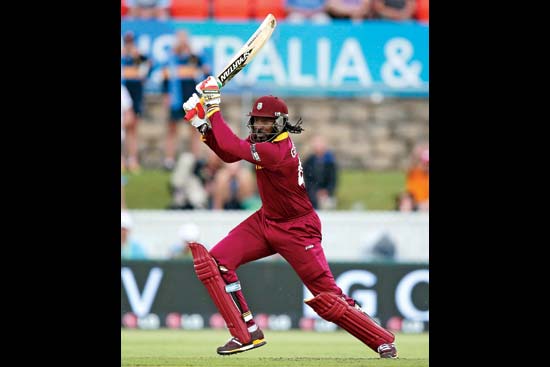 It is possible that Chris Gayle’s record World Cup score of 215 might be overtaken before the current edition is done. And then authorities might finally look at loading the dice in favour of the bowler. All the recent cha­nges in the one-day game have made the already batsman-friendly game more so. Things must change: that is what experts are expected to say. I have said so on many occasions myself.

But perhaps we are wrong.

If the reactions to innings such as Gayle’s and Brendon McCullum’s against England are any indication, what we need is more of the same. Batsmen swinging and hitting and clearing the boundary. Strike rates of 200 and even 300 (Gayle’s second century came off 33 deliveries). When the great W.G. Grace was once bowled in a match, he calmly replaced the bail and told the bowler, “Folks have come to see me bat, not you bowl”. Today, batsmen as a group can tell bowlers, “They have come to see us bat”. Such is the nature of the game.