Ballad Of A Broken String

A post-Partition torpor marks time for the sole occupants of a kotha and an akhara. A work of crisp magic. 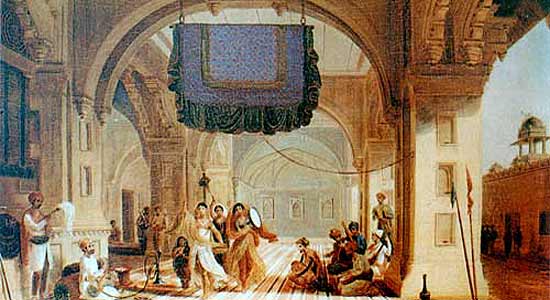 Musharraf Ali Farooqi’s new novel is the literary equivalent of an artfully executed miniature painting. In its meticulous planning and circumscribed space, a cast of vigorously modelled characters and their subtle movements and emotions leap into life; the fluency of the narrative and unfolding of the story owe something to the conventions of dastangoi, the Urdu art of storytelling. This is not a coincidence. Among his many accomplishments, the 43-year-old author is the acclaimed translator of Urdu epics such as The Adventures of Amir Hamza and Hoshruba.

Between Clay and Dust, however, breaks from convention in its controlled brevity. Told in short, tight chapters, the prose, in the words of publisher David Davidar, whose first offering it is from his new imprint, is “spare and lush at the same time”.