Bait In Black And White 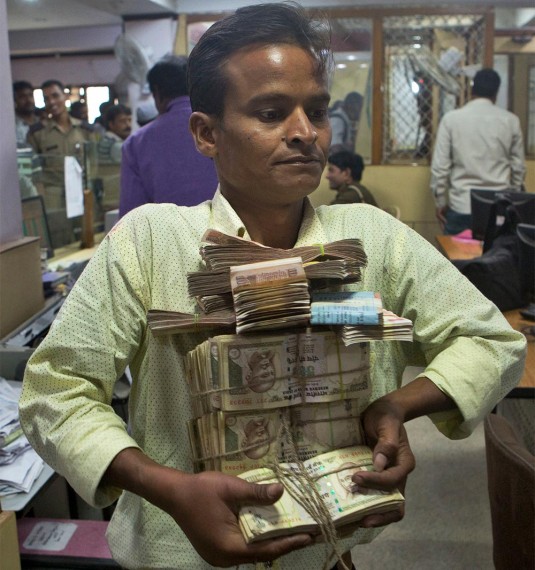 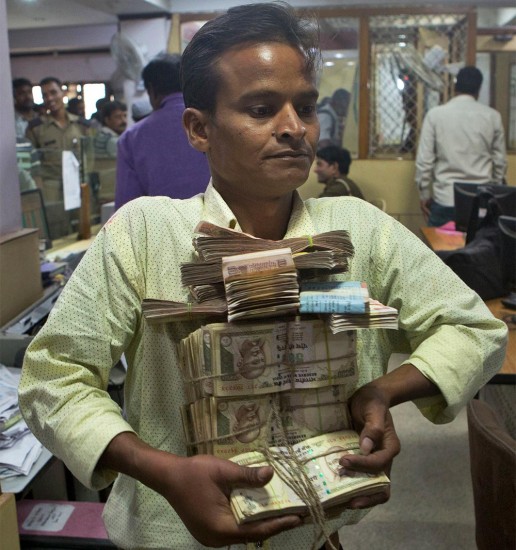 “Nothing will get you nothing: try again,” the famous words from King Lear appears to be Prime Minister Narendra Modi’s motto in his zeal to keep his election promise of tackling black money. Unfazed by the scathing criticism of many a noted economist against demonetisation, Modi is preparing to open another window to weed out black money from the economy by proposing the third amn­esty scheme in less than three years.

The latest voluntary income disclosure scheme (IDS) under the Taxation Laws (Second Amendment) Act, passed in Lok Sabha on Tuesday, has tougher provisions than the previous one, which closed on September 30, and had levied 45 per cent tax-plus-penalty. To be implemented after getting the presidential nod, the new scheme proposes nearly 50 per cent levy (including tax, surcharge and penalty) on any untaxed income disclosed. In addition, 25 per cent of black money declared by an individual is to be parked interest-free in ‘Pradhan Mantri Garib Kalyan Deposit Scheme, 2016’ for four years.

The interest-free money thus collected by the government is to be used for social development projects meant for the poor. The new carrot-and-stick approach of the government is expected to garner better response than the previous two efforts, considering the fact that the proposed law entails stiffer penalty of up to 85 per cent for those netted by tax officials.

Rama Nath Jha, executive director of Transparency International India, is not sure whether the third amnesty will yield much. In fact, he fears it may lower the morale of the honest tax payers. “Frequent amnesty offers to black money handlers will lower the morale of honest tax payers and create less deterrence among tax evaders. Such measures should be used sparingly, like antibiotics to avoid resistance against disease,” states Jha.

The previous amnesty schemes were implemented ahead of the demonetisation of high-value currencies. The first effort to target foreign assets/ accounts in 2015 had netted Rs. 2,476 crore in taxes against the disclosures of Rs. 4,164 crore, while the next targeting domestic tax evaders netted around Rs. 30,000 crore in taxes against Rs. 65,250 crore disclosed under the IDS.

Even as economists such as former prime minister Manmohan Singh, former World Bank economist and ex-chief economic advisor to the finance ministry Kaushik Basu and Nobel laureate Amartya Sen are among the notables who have criticised demonetisation, many others have lauded the government’s intentions to cleanse the system of black money, believed to be worth around 26 per cent of the GDP. However, given the ham-handed handling of the entire exercise, which has led to long queues outside ATMs and banks, there is perceptible disenchantment among the people over the efficacy of the drive. Even though the government has taken different measures while grappling with the chaos caused by demonetisation, the use of mules is bel­i­eved to have helped the moneybags launder several crores of unaccounted cash. Besides, the introduction of Rs 2,000 notes in place of Rs.1,000 has fuelled apprehensions that it will come in handy for the unscrupulous people to stock up black money in the future.

Dr D.K. Srivastava, chief policy advisor, EY India, says the new amnesty scheme should be interpreted in the context of demonetisation “as it provides an instrument to induce people to bring their ill-gotten wealth into the formal and white economy.”

Srivastava, however, stresses that black money in cash is but a small component of the parallel economy. “The rest of the black wealth in real estate, gold and jewellery, and foreign exchange remains unaddressed,” he points out.

However, the government has sought to curb black money flow into real estate by implementing the Benami Transactions (Prohibition) Amendment Act, 2016, which came into force on November 1. Ironically, even though the Benami Act existed on paper since the 1980s, the successive governments did precious little to get it notified. Experts point out that transparency in property deals is possible only if all the documents are made available for scrutiny online.

As a result of demonetisation and the move against benami transactions, there are expectations that it would work to bring down property prices and impact the flow of black money into real estate, leading to a significant erosion of its net value. Girish Vanvari, Partner and Head of tax, KPMG in India, states, “The amendments to the Income Tax Act will dispel the uncertainty over the penalties on the amounts deposited in the bank account after demonetisation.”

Vanvari is optimistic that if everything goes well, tax collections will go up substantially, and money will be raised in specified bonds for country’s investment needs, while the assessee would also get to retain 25 per cent of the undisclosed income for future use.

As the drive against black money int­ensifies, Prof T.C Thomas, a researcher on parallel economy, is happy that while the proposed amnesty scheme will provide one more opportunity to many to come clean and convert at least part of their hidden wealth into legitimate money, it will also help the government garner interest-free resources to fund development projects for the poor. “This is a good way of unearthing black money and putting it to use for development. Earlier, the people did not take the government action seriously. But that is likely to change,” opines Thomas.

Still, many economists share Singh’s view of a negative impact on the economy. They, however, expect it only in the current and next quarter with the ann­ual GDP growth projected to be around 7.4 to 7.6 per cent. But going forward, things are expected to look up as the formal economy expands. The emerging scenario, together with other expected changes in financial planning, including budget presentation on February 1, seem to be in sync with Modi’s promise of more public investments. The reality check, however, awaits.