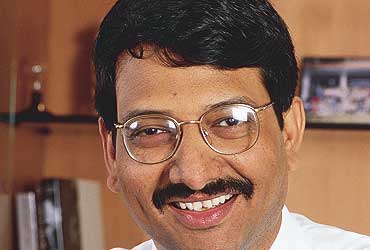 outlookindia.com
-0001-11-30T00:00:00+0553
It was just another meeting to settle a commercial dispute with one of his customers. But for Arun Jain, CEO of Polaris Software, the afternoon encounter with executives of the Bank Artha Graha in Jakarta, on Friday the 13th, turned out to be his worst nightmare. Within minutes, Jain and his three colleagues were arrested by the local police. While two of them were later released, Jain and Rajiv Malhotra, who heads Polaris' bankware products division, continued to languish in Jakarta's jail. The episode shook the Indian software industry, which has demanded that policymakers initiate strong diplomatic measures to get them freed.

Subsequently, Union external affairs minister Yashwant Sinha spoke to his Indonesian counterpart and pressure mounted on the Indonesian embassy in New Delhi. But, as Outlook went to print, Jain had not been released, though he had been shifted to better quarters. Now, Union telecom minister Pramod Mahajan has said that Prime Minister A.B. Vajpayee may talk to Indonesian President Megawati Sukarnoputri to get the desired result. The uproar, if one takes into account the implications for the Indian software community, is understandable.

In the past two years, Indian companies have aggressively pursued a de-risking strategy to reduce their dependence on the US markets, which have been hit by huge reductions in technology spends. Thus, they have ventured into new countries in Africa, and East and West Asia. But by doing so, they are now confronted with newer risks associated with politics and corruption in these countries. Indonesia, one of the most corrupt nations in the world according to Transparency International, is a case in point. So is the Polaris issue, which would have been settled quite amicably in the US.

What is the dispute between Polaris and Bank Artha Graha? A $1.3-million contract was awarded to Polaris to implement three software modules for the bank, which has an asset base of $500 million. However, as Raghuraman Balakrishnan, vice-president, Polaris, explains: "In the run-up to the milestones, there had been some disagreement and a certain amount of bad blood had built up over the past six months." Finally, on November 27, the bank terminated the contract and demanded the $662,000 it had paid as an advance, apart from a penalty of $10 million, nearly Rs 50 crore (some say it was $5 million but Polaris is tight-lipped about the exact amount).

Obviously, the amount was too high for a company whose Q2 net profits this year were only Rs 9.27 crore. Jain volunteered to lead a team to Jakarta to convince the client to change its mind and set up a meeting with the bank's president director (or CEO), Anton Hudyana, on December 11, which was postponed by two days. On Friday, when the two met, the bank charged Polaris with fraud, while the latter contended it was merely a commercial liability and should be resolved through arbitration. Before the Indian contingent could realise what was happening, they had been arrested.

Now here's where an understanding of the Indonesian realities may have helped. First, they should have known that Bank Artha Graha has been partly promoted by the Indonesian Army Foundation, with several ex-army personnel on its board. Therefore, its close links with the army, which is extremely powerful in the country, are obvious. Second, Jain should have also been briefed that there have been cases in Indonesia of foreign managers being detained. "Commercial disputes between local and foreign partners have led to arrests of several people," admits T. Mulya Lubis, Jakarta-based lawyer and human rights activist.

Lubis cites the case of two Canadians working for Manulife Financial Corporation, who were put behind bars for 48 hours last year. Recently, an Australian manager was similarly detained by the police.Says Lubis: "In both cases, the local partner had disputed claims made by the foreign shareholder. And, in some cases, the local complainants are powerful enough to force, and induce, the police to arrest foreign managers." The Polaris case too was similar in nature where the bank was asking the Indian company to pay a huge penalty.

Clearly, Indian companies are not geared to work in such an environment. However, some software CEOs see the Jain episode as an aberration. "There are contracts and arbitration clauses available to deal with disputes of the nature that Polaris and Artha Graha have been engaged in," says an angry Ashok Soota, CMD, MindTree Consulting, and president of cii. Adds Som Mittal, president and CEO, Digital Globalsoft: "This is definitely not the norm for business in the IT industry," and adds that his company has done work in Indonesia and never faced such problems.

In the same breath, however, Mittal admits that there's a lot to be learned from this experience. For instance, he wants the legal heads of Indian software companies "to create a best practices manual that can be a ready reckoner for all companies entering into contracts in the future. We will formulate clauses that companies must include in their business contracts as a precautionary measure". Nasscom president Kiran Karnik is willing to go a step further to pre-empt situations of this nature in the future.

"We're working with software services associations in other countries to prepare a cautionary list of companies that vendors will have advance warning about," he says. It'll be like a credit rating for clients and there'll be a system in place where customers with a reputation for conflict will be listed. "We're not saying it will be a blacklist, but whosoever wishes to do business with such clients will be forewarned," explains Karnik. But such a list can only eliminate country-specific risks.

Along with these, there are other risks that the Indian industry has been battling for some time now. Consequently, buzzwords like business continuity planning (BCP) or disaster recovery management have been dominating geek lexicon lately. After 9/11 and the long-drawn-out army mobilisation along the Indo-Pak border, Indian IT firms have been under pressure from US and European clients to put in place disaster plans to ensure minimal disruption of everyday flow of work.

This has become all the more critical as the technology slowdown in the US forces clients to outsource more of their work to Indian vendors; outsourcing implies more development work is done at centres based in India, rather than at client locations. Savvy IT firms are now using these BCP facilities as a strategic tool to get ahead in a competitive market scenario and building disaster recovery centres (DRC) in alternative locations. It started as a trickle with the late October announcement of the acquisition of Navion Software in China by MphasiS BFL, a systems integration and IT-enabled services company.

Says Ravi Ramu, cfo, MphasiS BFL Group: "MphasiS has been developing software for a Chinese company at our Bangalore development centre. Establishing a beachhead in Shanghai fits in with our larger strategic interests." Ramu is hoping this centre will be the gateway for forays into the Far East and Japanese markets. A sentiment bolstered by the informal poll that MphasiS conducted with its Asian clients wherein Japanese firms clearly indicated that they would consider awarding projects to MphasiS if they had a Chinese development centre rather than a wholly Indian one.

Then, industry leader Infosys Technologies announced it'll build a $25 million, 1,500-person-strong disaster recovery centre in Mauritius. Smaller companies too are in the fray, with Hinduja tmt investing in a 138-seat voice response centre in the Philippines to service its US clients.Says Tamal Das Gupta, cio, Wipro: "No place in the world is absolutely safe. But a dispersed risk strategy that generates work across different locations is the best practice." For Wipro, data back-up facilities at Chennai and Windsor in Canada are the designated business continuity centres. Plans are now afoot to beef up facilities at Windsor to accommodate an additional 700 people up from the current level of 200.

Sunil Mehta, V-P, Nasscom, agrees that "BCP and DRCs are definitely a factor in evaluating outsourcing to India. 'Better preparedness' might tip the award of a particular contract to a vendor". Specifically for this reason, Nasscom, in association with management consultancy firm kpmg, has initiated a survey on the BCP practices of Indian software and business process outsourcing companies. Both large and mid-size companies are setting up such centres to highlight their global delivery model.

But the success of such a model will depend on how the Indian software industry manages the new risks. While there's potential to grow business in newer markets, as well as through increased outsourcing by US clients, the risks involved are also higher. And, if one isn't careful enough, the possible losses can wreak havoc.