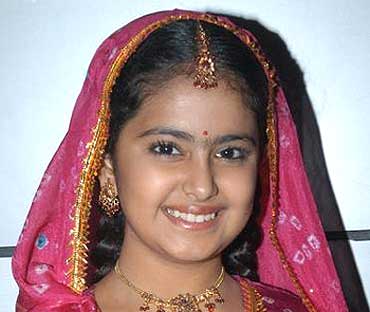 How did Balika Vadhu come to you?

I’m eleven now. I’ve been acting in television serials since I was ten. Someone took my clipping and showed it to the Balika Vadhu people and they called me for an audition. That’s how it happened.

Is your character difficult to play?

No. Even the language is close to my mother tongue Gujarati so I pick it up easily.

Yes, I am exactly like Anandi, there’s only one difference between the two of us. Anandi is married while I am not!

Who helps you with your acting?

Mum accompanies me to the sets but daddy teaches me how to deliver my dialogues and pronounce words correctly.

I like them all because I learn from them. Sadia Siddique plays my teacher and I really learn from her. And from my own character Anandi from whom I learn to speak pitter-patter.

How does it feel to kill every other TV serial?

That isn’t true. People do have...