All sides in Kashmir circle warily around a gathering mandate for peace. Will it all end in dialogue? 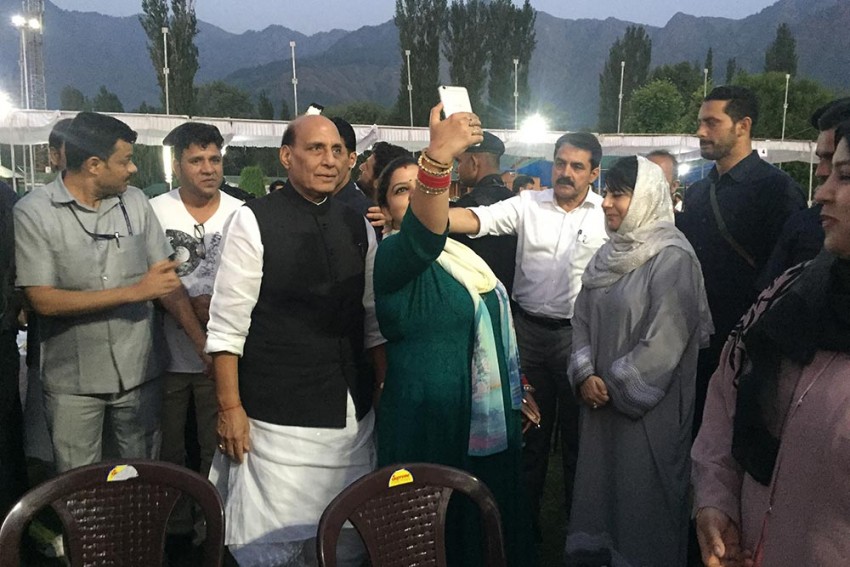 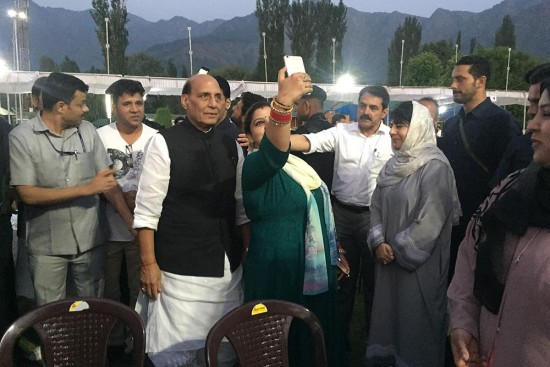 A sudden spike in grenade att­a­cks notwithstanding, the security est­ablishment in Kashmir is optim­istic that the unilateral Ramzan ceasefire announced by the Centre a month ago would be extended bey­ond Eid. Sources say an extension, for which CM Meh­booba Mufti pressed ­during Union home minister Rajnath ­Singh’s recent visit to J&K, could even lead to talks with the separatists.

That ­Rajnath could address a huge gath­ering of youngsters at Srinagar’s Indoor Stadium was ­touted as proof of how the ceasefire had imp­roved things. And yet he did not announce any ­decision to extend the ceasefire, originally meant to let the Ramzan month pass off peacefully. Coun­ter-insurgency operations had been hal­ted during the period, except for forces retaliating on being attacked by militants.

The ceasefire announcement had surpr­ised all except the ruling PDP, which des­cribed it as a confidence-building measure. On the backfoot due to large-scale killings of civilians for curbing protests that have rocked the Valley since popular Hizbul commander Burhan Wani was gunned down in 2016, the PDP has been trying to salvage its position by talking of “CBMs”.

READ ALSO: The Turn Of The Fidayeen

One effect of the ceasefire, visible partic­ularly in south Kashmir, where a majority of the 58 militants killed since January met their end, is that huge funeral process­ions are no longer a common sight, mostly bec­ause of the armed forces shifting their focus to the Line of Control. In fact, 22 militants were killed along the LoC during the ceasefire, when the army claims to have foiled seven infiltration bids.

“There’s more to the ceasefire than meets the eye. It has to be seen in the context of Pakistan’s elections and some tacit bilateral understanding.”

Yet, things have hardly been tranquil. Former CM Omar Abdullah of the Nati­o­nal Conference says militant tanze­ems are doing their best to sabotage the ceasefire, and fears a dire post-truce phase. PDP general secretary Peerzada Mansoor rues the June 12 incident where militants fired at three cops outside the Pulwama court complex in south Kashmir, killing two and wounding one critically. “Being from south Kashmir, I can say the ceasefire has brought relief and a sense of security to the people,” says Mansoor. “It has ended a cycle of violence, and we bel­ieve it must be ext­ended for the larger good.” Mehbooba too has been trying to convince Kashmiris that they have a greater stake in dialogue.

PDP leaders argue that letting the ceasefire lapse without extending for the 60-day Amarnath yatra, which begins on June 28, would not go down well. They claim the ceasefire’s most significant outcome is that it has given a political advantage to the state government and restored its moral authority. “The Hurriyat’s silence is a sign of the moral pressure on the separatist camp,” says a PDP leader. “Making peace is more ­difficult than waging war. An extension would give the Hurriyat a chance to think about dialogue.”

The top three separatist leaders—Syed Ali Shah Geelani, Mirwaiz Umer Farooq and Yasin Malik, who have been together issuing  statements since July 2016 as the Joint Resistance Leadership—have asked the government to come clear on the dialogue offer, but significantly haven’t laid down any conditions. The Hurriyat has hitherto alw­ays set terms for joining dialogue: New Delhi accepting Kashmir as a “disputed territory”, withdrawal of AFSPA and ­release of ­political prisoners. Again, pro-Pakistan tanzeems like Hizbul, LeT and Jaish have 250-odd active militants in the Valley—their highest strength in rec­ent years—but the ceasefire witnessed only stray hit-and-run incidents.

Rajnath too didn’t complicate matters during his Kashmir visit, making only placatory if vague statements. “It’s not necessary to be ­like-minded for holding talks, but it’s surely mandatory to be right-minded,” he said. Since he didn’t elaborate, it was left to the separatist leaders to interpret what he might have meant. “There is more to the ceasefire than meets the eye,” says an analyst. “It has to be seen in the context of the elections in Pakistan next month and some tacit understanding bet­ween the two countries. It would be naive to attribute its success to the CM.”

Intelligence sources say some incidents are inevitable during any ceasefire, but these also offer tactical reasons for pulling out in case no progress is made on talks. They believe the separatists wouldn’t want to be seen as too eager for dialogue— that’s still ‘politically ­incorrect’. That can change only if a pro-dialogue ­narrative takes root—a big if. And yet, everyone’s talking of September-October.