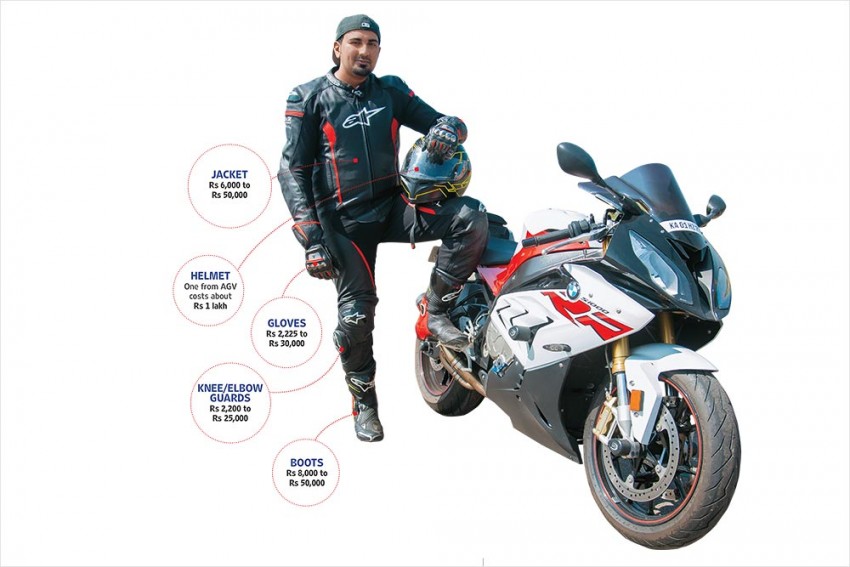 It’s a weekend and you’re thankful you’ve beaten the rest of the holiday-going city slickers to the highway. Now you’re zipping past, giving the crammed towns a wide berth. A toll plaza looms up and you join the queue, with a scowl. Out in the open again, as you contemplate life between one toll booth and the next, there’s a hum and a rider whizzes past your car. And, then, a beeline of riders. Say what you will—there’s something about motorcycling that’s inexplicable. Free will? Perhaps. But everybody else on the road turns to look. What they see now, however, is the Indian rider like he never was—all cladded-up, suited and booted.

For long, motorcycling enthusiasts in India pined for the big bikes—highway cruiser or speedster—but all they got were commuters. Now, there’s more BHP (Brake Horse Power) in the market than ever before. So you can’t just hop on and touch the spurs—riding skill is key and, of course, protection. ‘Level 2’ armour is in; windcheaters won’t help. Che Guevara-inspired road trip? Yes, but in full gear.

Suddenly, the rider is spoilt for choice—there are dozens of riding-gear brands on the shelves. A helmet was, till recently, the only safety gear people knew about. Today, you have stores in all the big cities that’ll outfit you head to toe. All this comes at a price, of course—a jacket with back, shoulder and elbow protection usually starts at Rs 6,000 and goes up to five-six times that. But, they’re finding takers. And, it’s not the pros who are buying.

The transition is visible, even if nascent. “A mot­orcycle today isn’t just a means to commute, it’s also an aspiration,” says motocross champion C.S. Santosh, who runs Big Rock Dirtpark, an off-road track about an hour’s drive from Bangalore. When he started racing a decade-and-a-half ago at age 19, there wasn’t any gear available in the country. “I had to buy second-hand stuff, imported boots or riding gear,” he recalls. “Not any more. The whole list is available today. A lot of things have changed.”

“The boom happened four or five years ago” says Bangalore-based Jay who runs Cramster, one of the early brands to sell motorcycle travel gear in India. He’s got a lot more competition now. “It’s peaking right now. You have 10 times more options.” Clearly, things have come a long way, even if it’s been painstakingly slow—the wide-eyed 1980s kids who got all fired up watching Street Hawk leap out of its garage on Doordarshan now actually own some mighty machines. Ask Jay why he got into the business back in 2004 and he answers with a shrug. “Typical reasons,” and reels off a well-worn template you hear in Bangalore’s start-up conversations: “Software engineer...the common denominator of Bangalore. I bought a bike, I wanted gear.” Cramster, he says, sold roughly 2,000 jackets last year, each costing between Rs 6,500 and Rs 9,500. A tiny drop, of course, in a country where a million motorcycles, mostly small-engined commuters, sell every month. “In fact, a lot of people I see on the highway still don’t have gear...except for the riding groups. They are the ones who are more aware.” 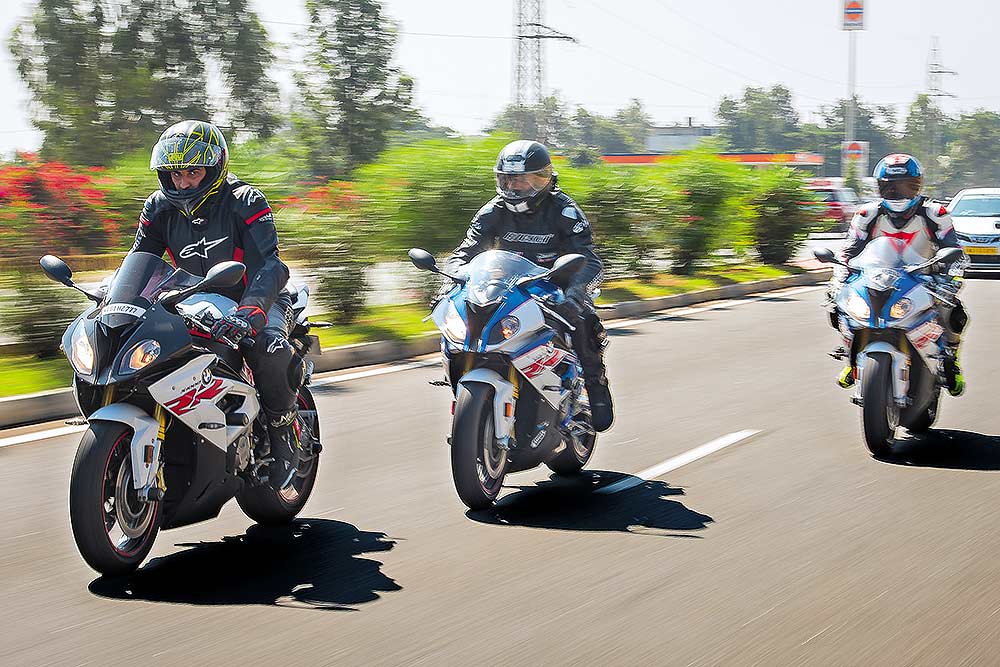 Photograph by Parthasarathi M.
“Many on the highway still don’t have gear...except for the riding groups, which are the more aware ones,” says Jay of Cramster.

Out on the wide Bangalore-Hassan highway on a weekend, a group of six pulls over after an early morning run of 100 km each way. One of several riding groups in Bangalore, they call themselves Ministry of Torque. As they settle down to chat, a separate group of riders goes by. Within the hour, another lot pass by. How did all this happen? “Affordability,” suggests Manoj Bawa, one of the founder-members. “EMIs are good,” quips his riding partner Akshay Appanna. Both ride litre-class BMWs. Safety, of everyone on the road, is top priority. Their group is usually linked with communicators attached to helmets—an intercom of sorts.

Now, the gear. Appanna wears an Alpinestars full suit that can pack in an air-bag—costing about Rs 1 lakh plus—and boots (Rs 40,000), Dainese gloves (Rs 30,000) and an AGV helmet that costs Rs 1 lakh. It takes him 20 minutes to get into the gear and alm­ost the same to peel it off. “It’s better to spend on the best gear if you are serious about riding,” he says. Serious means making the trip to Chennai or Coimbatore for a track day; Buddh International Circuit, he says, is on his to-do list.

For some, it’s not just a weekend outing. Bang­alore-based Payal Chakraborty does her 5-6 km commute to work on her Ducati Scrambler, wearing her Hooligan mesh jacket and gloves, Mototech boots and AGV K5 helmet. She’s got a second set for the longer trips out of town on weekends. There isn’t much variety yet in the women’s section in local stores, so she had to buy her gear in Singapore. “I’m planning to upgrade to a supersport bike and get trained on track,” she tells Outlook.

Motorcycle-maker Royal Enfield has much to do with the boom in the midsize segment—it hit pay dirt with the Bullet Classic launched nearly a decade ago, which meant more riders were upgrading from commuter bikes. So, Leh, where once only the hardcores turned up, became a pilgrimage for many. And, people were outfitting themselves for it. Then, the sprightly KTM Duke 390 came along and whacked open the throttle. There’s been a flood of premium bikes since.

Apparel, says Royal Enfield president Rudratej Singh, is closely knitted into the whole experience. “We are almost doubling our apparel business every year and the nascent motorcycle accessory business is also going to have similar ambitions,” he says. In fact, the merchandise reaches even places where the company doesn’t have motorcycle dealerships, he says, so a bigger retail push is on the anvil. “It’s about how many people are living the pure motorcycling lifestyle. Our whole perspective is, even you are doing a test ride, you experience the entire gamut of the gear—gloves, boots, the works,” he explains. “Then, when you buy the motorcycle, you’re invited back to be part of the community, and form your own group. That’s what exactly happens,” he explains. Looking good, obviously, is a big part of swinging a leg across the saddle.

Now that people are used to bigger machines, many are now also looking beyond their weekend breakfast spins on the highway, reckons Santosh of Big Rock Dirtpark. Two weeks ago, a few dozen amateurs turned out for a trail riding event he organised, equipped with good helmets and gear. “The course we set was quite challenging, but doable, and you didn’t need prior expertise or training,” says Santosh, who’s the first Indian to ride the gruelling Dakar cross-country. “This is just the beginning for adventure sport in India on the motorcycle front.” Motorsports, he says, isn’t typically a family thing, but a day out scrambling on a dirt road could potentially be. “We’ve seen that. I’ve had kids come here with their fathers. I’ve also had mothers riding as amateurs,” he says. “Out of these, we’ll be able to find a few talented ones, who will then go on, hopefully, to become professionals.” Things are revving up for sure. Tank up, get kitted out.