At The Halfway Mark

On most indicators, the first UPA budget has been a cautious but creditable effort 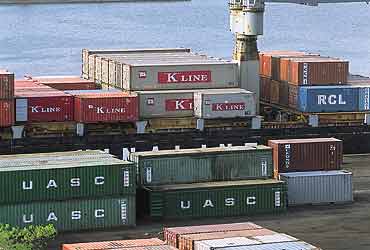 outlookindia.com
-0001-11-30T00:00:00+0553
For those keen on reforms, the strategic position the Left parties occupy in the United Progressive Alliance has been of great concern. The reformists' greatest fear is that it will embolden the anti-reform lobbies within the Congress and the bureaucracy that had been forced into oblivion by the wave of reforms in 1991. Many of the initiatives originating in various branches of the government in the last month, which came on the heels of an ill-conceived Common Minimum Programme (CMP), have served to give substance to that fear. Therefore, the key question while assessing the first UPA budget is whether it indicates that the progressive, pro-reform wing of the Congress—which the prime minister and the finance minister represent—remains truly in charge of policy.

The answer to this question is a qualified and cautious yes. The qualification is that the budget gives no indication that reforms such as the amendment of the Industrial Disputes Act ruled out by the CMP or those such as redirection of many wasteful subsidies that are not ruled out by it but are politically difficult will be tackled. The caution comes from the need to study the budget in depth before a firm conclusion can be reached. (This piece was written within a few hours of the budget to meet deadlines.)

Nevertheless, to see why those keen on reforms need not lose heart yet, begin with the fiscal and revenue deficits. The budget proposes to bring the fiscal deficit of the central government down from 4.8 per cent of the GDP to 4.4 per cent and the revenue deficit from 3.6 per cent to 2.5 per cent. Given the near double-digit fiscal deficit of the Centre and states combined, this may not seem much. Yet, if one measures this accomplishment against the possibility of the huge escalation in the expenditures signalled in the CMP, the modest reduction can be reassuring. A preliminary examination of the numbers suggests that Chidambaram has managed to hold the line on expenditures in the crucial first year.

Another step of immense symbolic—and perhaps substantive—value is the trimming of the small scale industries (SSI) reservation list by 85 items. While promising to give more sops to the small enterprises, the CMP had been entirely silent on whether the UPA plans to trim and eventually eliminate the SSI reservation list. The cut in the list is a sign that the government recognises that limiting the scale of operation of the enterprises in some of the most labour-intensive products is a bad idea. The substantive impact of the change will, of course, depend on which 85 items are actually eliminated from the list, how fast the government moves to scrap the list entirely and how long it takes to move on the labour market, which remains an effective constraint on the size of the enterprises even after the SSI reservation is eliminated.

On the external trade front, Chidambaram has retained the tariff reductions announced by his predecessor in the mini-budget so that the top tariff rate for the year will remain at 20 per cent. He has also announced his intention to move to a uniform tariff rate and to bring it down to the levels prevailing in the member countries of the Association of South-East Asian Nations (ASEAN). These are moves in the right direction though he could have been bolder, switching to a uniform 15 per cent tariff rate right away.At the minimum, he should have compressed several of the tariff rates, most notably on automobiles, that remain well above the "top" 20 per cent rate. Instead, he has wound up giving more concessions to the already well-protected auto industry through 150 per cent deduction on expenditures on in-house R&D facilities.

While the budget, thus, gives the reforms advocates some reasons to celebrate, it falls well short of the expectations generated by the Economic Survey 2003-04, tabled a day before the budget. The survey rightly cited 10 per cent or higher annual growth of the industry as essential for achieving the target GDP growth of 7-8 per cent. It also listed tackling the labour market rigidities and SSI reservation among two of the five necessary steps to push industrial growth into the double-digit range.

But the budget does nothing to tackle the labour market rigidities, not even what is feasible within the CMP mandate. On the SSI front, it makes progress but far from enough. It is hard to imagine that in the absence of these key reforms, the investment commission appointed by the FM can help push industrial growth to 10 per cent or more.

Also missing from the budget is any plan to reform the higher education system. The proposed increases in spending offer an unusual opportunity to at least begin unshackling in this sector. It is time that India created a proper mechanism for the entry of private universities, introduced appropriate tuition fees and ended the monopoly of the University Grants Commission. Without these steps, we cannot aspire to be the world's outsourcing hub.

Too Little, Too Vague