Thinkers in many fields on their fears of what India under Modi might be like. Why should we be worried? 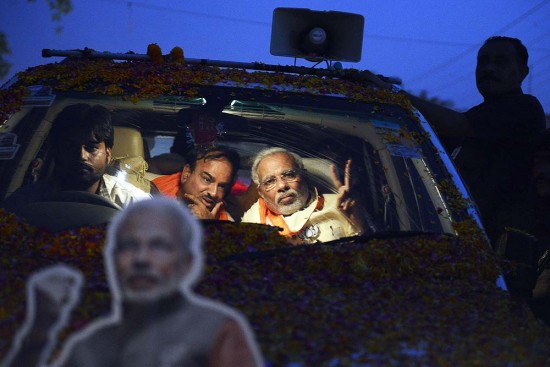 When Pakistani author Kamila Shamsie was in Delhi a few months ago, the controversy around publisher Penguin pulping Wendy Doniger’s The Hindus was raging. Shamsie said, in a lighter vein, that there was no fear of any book written in English being banned in Pakistan because nobody cares for them. On the question of censorship, though, she said that it is not only what is directly censored or banned that is the problem. The more dangerous form of censorship is what the state imposes on artists without saying so. No books may have been banned or painting exhibitions vandalised in Singapore—but that may not be because the state is so free; it’s more because no author or painter will ever put out in public that which is not politically acceptable. It’s internal censorship by the artist. As Pulitzer prize-winning author and oncologist Siddhartha Mukherjee says here, “there is a danger that the ecology of ideas will be destroyed”. This is the fear many writers, poets, painters, filmmakers, singers, academics and historians have of a Hindutva regime in India. The seemingly innocuous phrase “achchhe din aane wale hain”, sounding so promising to many, sends down shivers in others.

Last year, a group of academics clobbered a keynote speech invitation to Modi from Wharton School of Business. This year, an open letter from a distinguished group led by Salman Rushdie, Anish Kapoor, Deepa Mehta was followed by a petition by dozens from the Hindi film fraternity, and another by UK-based Indian-origin academics, raising caution about voting in a non-secular party, and what Rushdie calls a “bullying government”. Here, thinkers in many fields speak up to clear the air on what exactly their fears are. How do they see the future of India unfolding? Why should we be worried? They talk about the strong possibility of a steep rise in attacks on India’s multicultural ecosystem, a rise in prejudice, the media playing it safe, a rewriting of history, and a religious fanaticism that was till yesterday lurking in the shadows, now taking centrestage.