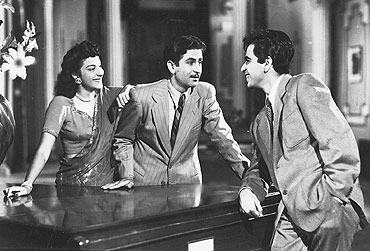 outlookindia.com
-0001-11-30T00:00:00+0553
It was the 1920s. The reigning superstar of the day had a salary higher than the Governor of Bombay—5,000 rupees a month—a Chevrolet and a sensational off-screen romance with a co-star. The star’s name was Sulochana. Until the early '30s, the biggest stars of Indian films were women—Sulochana, Devika Rani, Fearless Nadia, Patience Cooper. The stuff that mattered in movies, from stunts to social conflict to romance, was propelled by the heroine—as was a movie's success. So the female lead was all studios cared about. In 1931, Filmland magazine complained: "Producers think that if the female artistes are not good, people will curse them and so they do not care so much about male actors. They are in the wrong. Heroes should be as befitting as heroines."

With the coming of talkies, heroes had their say with a lasting finality. From then, through the history of independent India, never again has a woman been a superstar. What does that say about us — that we, the people, prefer women to be seen and not heard? Whom we do not choose to idolise is as revealing as whom we do. Whom we have chosen, decade after decade, have been men.

To say our brightest stars reveal something about our society is a truism. But to make sociology the only explanation of stardom is to miss the ineffable, necessary quality of a star—sexual shimmer, charisma, mystique, the ability to embody and powerfully represent a mythic quality that some human beings are blessed with. A star seems able to represent nobility and beauty—and lust, violence, revenge and much else forbidden, simultaneously, just by their presence, even as the film itself unfolds a narrative of numbing conformity. Somehow, responding to stars at a visceral level in the dark, with that nice upwardly mobile air-conditioned multiplex smell, also allows us to inhabit a space of fantasy—where sex, money and callousness intertwine with abandon. Even after the worst of movies, we find ourselves walking out with that—perhaps imaginary—starry swagger, still in thrall of the aura of glamour.

Sometimes a star comes along when the prevailing atmosphere is so charged that it heightens his meaningfulness. The social ideas and political trends he comes to represent are so powerful that he gets imbued with their force to become a significant figure, above all others. 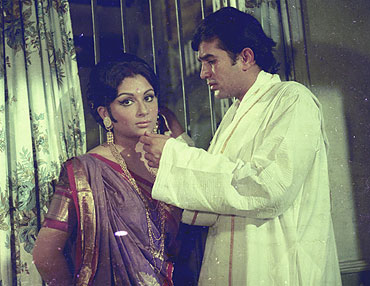 Ashok Kumar was the first of these—bringing a naturalistic style more suitable for the talkies than the theatrical tendency in vogue, and an urbane persona of the English-educated Indian still rooted to the family, attractive to a pre-Independence middle class. In the '50s, three stars played out different aspects of a post-Independence society where idealism encountered reality. Dilip Kumar was the lonely, tragic hero whose failed loves seemed to denote the crisis of a loss of innocence, an inability to cope with conflicting social pressures. Raj Kapoor embodied the migrant bumpkin in a city whose class divides held potential cruelties and temptations to be overcome, and which would be overcome in vindication of the socialist dream. Dev Anand, often as a small-time crook or layabout, represented a more complex dimension of the individual in a noirish city that made moral compromise unavoidable, even understandable.

These stars laid out the paradigm of stardom, but Rajesh Khanna blew the lid off it.

Until then fans were demure in their love, imitating a puff here and a kiss curl there. After Aradhana they broke out in bouts of frenzy, kissing Khanna's car and screaming at premieres and attempting suicide when he married. Perhaps in an era of rock-and-roll unboundedness, fans too needed to be a certain way.

The star persona takes some time to evolve. Sometimes the actor grapples with some inexact movies until a reconfiguration takes place—the actor and the ideal vehicle for him come together in a definite moment to create both a persona and a star—like Zanjeer defined Amitabh Bachchan as the angry young man.

No one before Bachchan had similarly captured public consciousness and genuine political emotion, uniting an audience of different classes and locations through their adoration of him; making him our most culturally significant star. His success rendered any other kind of success irrelevant and soon it was believed that just having Bachchan in the film was enough. A series of homogenous, barely scripted, ill-produced flops and one video revolution later, Bachchan and the industry both found themselves in serious decline.

When the industry revived in the liberalising economy of the '90s, it was with family movies starring boyish heroes, such as Salman Khan, of whom the most prominent has been Shahrukh Khan, he of the bionic success.

Starting out as a hungry-for-love-and-revenge, dil mange more figure in early '90s movies like Baazigar and Darr, Shahrukh has metamorphosed into the perfect yuppie son-in-law. SRK manages to summon up all the border-testing intensities of sex with a kiss on the neck. But there are few anxieties or conflicts in his later movies. Rather, there are lush evocations of consumption and visual excess. Significantly, this doesn't constitute fantasy anymore—the holiday in Switzerland and those designer tiles are the reality of upper middle class life. The fantasy on offer is the absence of people unlike us—the poor, basically—who might show up the rather unpleasant inequities our lives are based on. In America, corporates might want universities to teach Ayn Rand to promote their ideologies. In India they are better off producing movies. 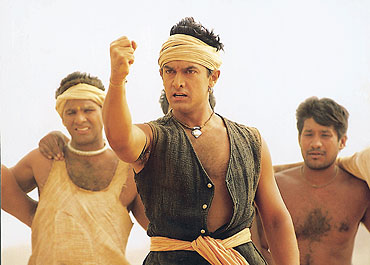 Bollywood is fashionable with many who once scorned it. We celebrate its postmodern kitsch, its size and reach; we document the huge phenomenon of stardom and its satellite industries. In some ways this is the shedding of an earlier puritanical skin and an acknowledgement that pleasure and primal feeling are an important part of life.

But in the celebratory aureole of that star persona, people often ignore that each of these major figures is actually propped up by a far more complex creative matrix—writers, directors, composers who build the films around them, who intuitively understand the power of this persona and alchemise it into creatively resonant narratives—Bachchan had Salim-Javed, Ramesh Sippy, Manmohan Desai; Rajesh Khanna had Shakti Samanta and R.D. Burman; SRK had Yashraj and Karan Johar—and now, when his romantic hero image is becoming insufficient, Farah Khan's great post-modern dexterity, which could parlay his ironic, self-referential persona into a wildly successful Main Hoon Na and OSO.

The logic of the star on which Bollywood operates controls, often adversely, the stories and the craft of the films. To make a "different" sort of movie succeed it is widely acknowledged that you need a star. But then the movie will have to be re-jigged to accommodate the star's persona, eventually flattening out some of its particularity. Stars (and our addiction to them) ensure that a film is zara hatke, but only zara, not more.

A star who has used this idea with vision has been Aamir Khan. With Lagaan there was a paradigm shift, it was demonstrated that an intelligent script can succeed, if packaged right, and Aamir's persona is built around this idea. But a chunk of the industry, while paying lip service to the idea of craft, still swiftly relegates every other element of a film to a lesser level—resting all its belief in stars and the marketing they allow for. This devaluing encourages mediocrity of storytelling, unlike in Hollywood, where mainstream films, while often simplistic, nevertheless strive for a certain professional excellence.

This defines the industry's unfair norms of payment. Sometimes, as much as 40 per cent of a film's budget is payments to stars—and no one cares where that leaves writers and editors, leave alone lightmen, spot boys and assistants.

We live in times of heightened trend awareness—surrounded by an uncritical media deriving a large part of their content from Bollywood. The technology of stardom—perfected bodies, the fantasia of clothing, the PR machinery—is now predictable, achievable, some might say democratised or industrialised. Stardom has become a genetically modified, steroid-sculpted giant tomato—a kind of uber-stardom—which looks good, but how does it taste? This might make fame irrelevant, but it makes individuality even harder. And without the space for a rough, unexpected, individual uniqueness, how will we find another star who echoes the primeval thing in us? 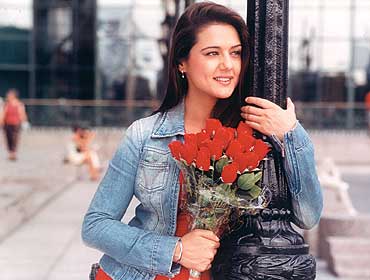 In India we tend to use the terms star and hero interchangeably. Our stars, while Herculean in their ability to perform in shows, display little heroism in public life—Preity Zinta, who stuck by her anti-mafia statement in the Bharat Shah case, at risk to her life, is an exception. Unlike the Clooneys, Geres and Penns, they take few political positions—SRK, while insightfully ironic about success and always reassuringly liberal in speech, has yet to build those women's toilets he keeps saying he will. Aamir is sophistic about soft drinks and gets private over Tibet. Bachchan speaks from so many sides of so many suave mouths, we hardly listen anymore.

Rarely do we hear them even speak out for the less fortunate among their own—the stuntmen and spot boys—with rare exceptions like Mithun Chakraborty and Sunil Dutt, who supported the big lightmen's strike of the 1980s and helped them raise money to start an association.

While Bollywood has been a space in which many ideas of what it means to be Indian have played out, it is worth remembering that, with its Hindi -peaking audience, it does not speak for all of India. As film scholar Madhav Prasad points out, unlike their counterparts in the South, no Hindi star has been able to convert stardom into sustained political power or been seen to seriously represent people's political aspirations. Within politics they have often been used as marketing commodities and, not surprisingly, have retreated into that literal space as kings of endorsements—for they represent a middle class consuming audience, not a larger national one.

Sure, Bollywood superstars are big. But a star is brightest to those who are closest. Maybe we have our SRKs and Saifs. But down south they have their Rajnis, Mohanlals and Prem Nazirs. Somewhere in UP and Bihar, hearts still beat for Mithun. And in Bangladesh it's said only Chunky Pandey will make them sigh. Why insist our guy is best? Love and let love.

Paromita Vohra is a documentary filmmaker and writer.

Blast From A Far Past