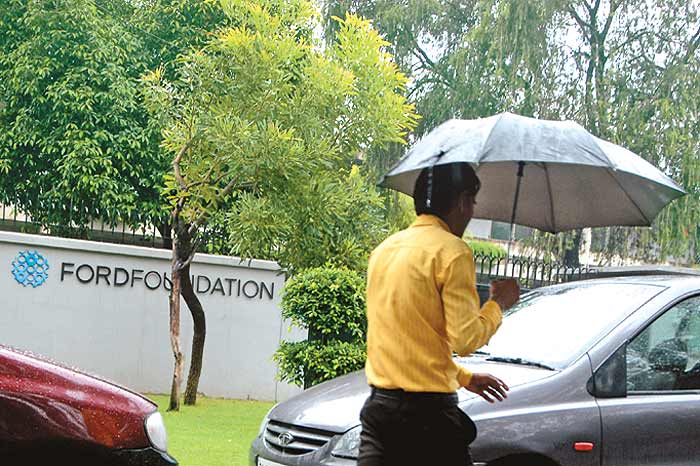 The ‘Anna phenomenon’ has inarguably changed our lives forever. Persuasive and reasoned arguments can be made as to whether it’s been for the better or the worse. Amid the heat and dust, the public discourse was dominated by a few phony arguments, which were even antithetical to the idea of representative democracy. Significant responsibility for this lies with the media as it focused on these erroneous debates. Outlook too surprisingly fell prey to this trend by legitimising a bogus debate (Flowing the Way of their Money, September 19). The article appears balanced, but is not able to justify the relevance of the debate it raises. The debate has become jaded and is, at best, of tactical value in intra-civil society struggles for greater legitimacy and credibility.

The Ford Foundation is governed by an independent board, which has no direct or indirect linkages with Ford Motor Co. This does not absolve it of having agendas and certainly, at some level, it must aspire to influence policy. However, the foundation’s operational frame in India is one of working through partnerships built on jointly agreed projects. These partnerships in no way dictate the politics to be pursued by partners. The article’s listing is itself a giveaway—for example, the CBGA (Centre for Budget and Governance Accountability), through its work, has built one of the most persuasive critiques of the neo-liberal agenda. Many of the organisations listed represent diverse worldviews, including critiques of dominant economic discourses.

Remember, the Ford Foundation has been in India since the early 1950s and has partnered with the government of India, the IIMs, the Planning Commission, state governments, among others. Its imprints on public policies are more than obvious. Why then are questions asked when this influencing of public policies is done by civil society with support from the foundation? There’s also a brahminical division here: foreign money for practice on the ground is welcome, but for policy work, it’s met with suspicion. When our government opens doors to foreign universities, no such objections of external influence on the public domain are put forth.

The sensitivities of a post-colonial society are much appreciated, but it’s time to come to terms with the much more textured reality of a globalised world. Strategically, the frontline work of political activism would still warrant caution on foreign funding, but it shouldn’t permeate to other domains of developmental work. Unfortunately, it does. The state converts this discourse of suspicion over foreign funds into a stick to hit and regulate the groups that ask uncomfortable questions of it. This discourse has become the foundation of a highly restrictive regulatory framework for civil society in the form of the FCRA (Foreign Contribution Regulation Act). After three decades, the FCRA has been re-enacted to ensure a tighter law in response to ‘heightened security concerns’. At a time we go all out to attract foreign direct investment in almost all sectors, this looks to be more repressive and discriminatory toward civil society.

The reasons are political. Several international developmental agencies support groups working on human rights, governance accountability, gender and social justice. These tend to ask difficult questions of the government and seek accountability. Is it not odd that Amnesty International hasn’t been able to function in India due to one or another technical reason, including FCRA problems, while NCERT texts call it a premier human rights agency?

A few months ago, Warren Buffet visited India along with Bill and Melinda Gates. The key message they had for the Indian private sector was to invest in philanthropy. It was a timely and much needed reminder to the Indian private sector to take its role in the country’s development more seriously. However, a more nuanced message was needed. It was important for Buffet and the Gates to communicate the distinction between corporate image-building, charity and philanthropy. The real value-add would have been sharing of ideas of social justice philanthropy as opposed to a generic discourse on philanthropy.

(The author is executive director, National Foundation for India)