The lawns in other godmen’s ashrams yielded only grass, mine yielded human skeletons. 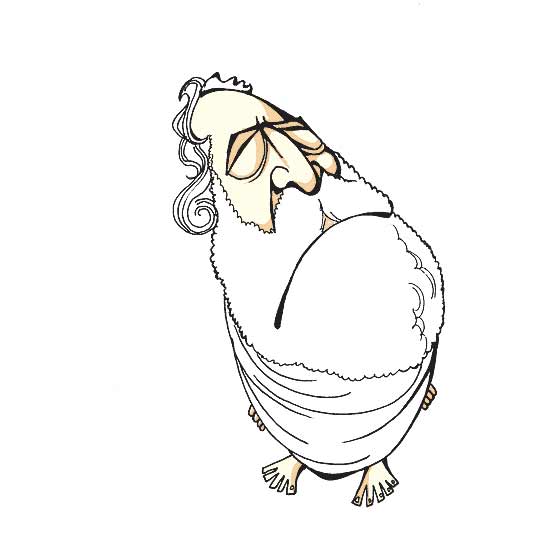 Hari Om! Jai Ram, Jai Krishna! Why should godmen keep secret diaries, some may wonder. But I am not a godman, I am god. The lawns in other godmen’s ashrams yielded only grass, mine yielded human skeletons. If that doesn’t prove I am god, what does! Before I forget, it is worrying that the standards of English language are going down. For the past fortnight or so, messages to me spell my name as ‘Assaram’ Bapu or ‘Arseoram Bapu’. If this can happen to a god, we are in for bad times.

All this controversy about me insulting the memory of that girl is just humbug. I, overflowing as I am with the milk of human kindness, would never make such statements. With understanding and kindness, the world can march ahead. If that girl had gone to a temple rather than to a movie, she would be alive today. Those men in the bus would have known she had just been to the abode of god and left her alone. Better still, she could have gone to my ‘satsang’ which would have anointed her with a touch of divinity (my women disciples have told me about this). But she chose to visit a cinema hall...and you know what that’s like.