As You Queued Up Quietly 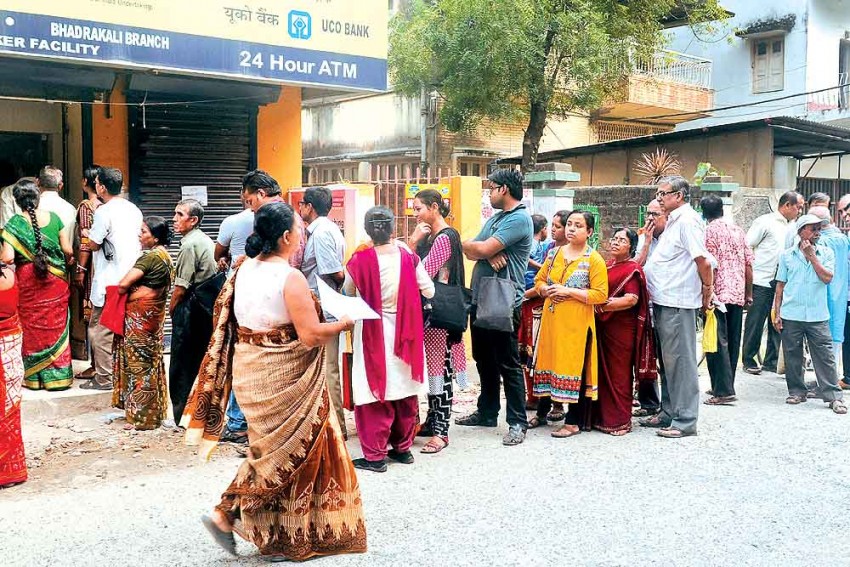 Photograph by Sandipan Chatterjee
N.R. Bhanumurthy May 25, 2017 00:00 IST As You Queued Up Quietly 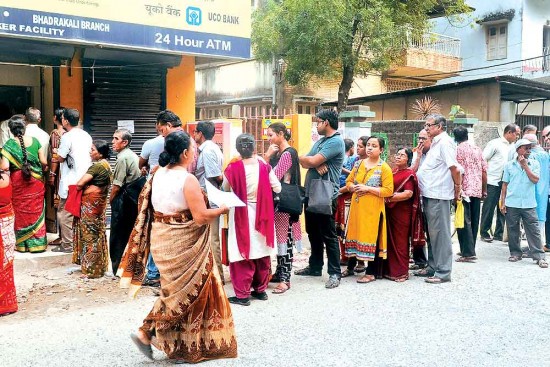 The Modi government, which promised, among other things, to root out black money, demonetised nearly 86 per cent of cash overnight. This move was taken after other measures (including the Income Declaration Scheme) were not successful. Following demonetisation, there was much criticism about its impact on economic growth, emp­loyment, prices, taxes, unaccounted incomes, vulnerable sections, informal economy etc. The scale of impact of such a massive policy is clearly an emp­irical issue. In the absence of that, these views were at the most anecdotal and based on conjectures; some were based on quick, but thin, surveys.

Amidst such ambiguity, this book tries to discuss the anatomy of demonetisation and black money. C. Rammanohar Reddy (CRR), until recently editor of The Economic & Political Weekly, takes readers into every dimension of demonetisation. Given his experience in aca­­demics and journalism, he covers a vast canvas, under the veiled supervision of former RBI governor Y.V. Reddy, who has written an equally thought-provoking foreword, where he raises a number of questions. But the answers to many of these questions are still unknown, even after six months of demonetisation. So, many were pleasantly surprised to see such an exhaustive reading in such a short period. Both CRR and the publisher must be complimented for this.

The best part of the book is the analytical framework it adopts in describing the policy systematically. It starts from the discussion on black money, the context and options in going for demonetisation, the whole design and implementation framework, expected impacts on RBI, other banks as well as on overall macro-­economy. There is an interesting chapter on the role of gold in the whole demonetisation episode, as well as in black money. CRR argues that, with the ever-changing narrative, the objectives of the policy—which inflicted long-term pain on many, especially genuine tax payers and the poor—are still not clear. It is difficult to disagree that the whole episode was unle­ashed keeping political compulsions, esp­­e­cially the UP elections, in mind. The simmering anger against the move ought to have impacted the polls.  Yet, it turned out to be a historic outcome.

Could this be due to the large inequality among the people in the state? And that the response of voters in other states could have been different? In other words, could there be spatial character in voters’ response to demonetisation? As argued, the narrative of ‘cashless’, or at least less cash, economy depends on physical and social infrastructure, and as there are reg­ional divergences in these aspects, the success of achieving cashless economy is expected to be divergent. In states such as Gujarat and Karnataka, where financial access is much better than eastern and Northeastern states, and where they are going for elections soon, would voters’ response be different?

Reddy says farm produce prices have crashed due to demonetisation and it affected Rabi sowing. This is only partially correct. Further, we may also have a bumper Rabi crop.

In a few places, CRR is emotional in his conclusions. For instance, he argues that perishable agricultural commodity prices have crashed due to demonetisation and it had affected Rabi sowing. But this may be only partially correct (such a crash is not found in headline inflation), as agricultural prices are mostly volatile even in normal times (due to seasonal issues as well as supply-demand mismatch). On the Rabi crop front, initial information suggests that we will have record production (pulses output, for example), and, hence, decline in prices.

What next? This is the most important question the book raises, while stating that the government could have done it differently. If the Centre is serious about black money, it is very important to relook at issues such as P-Notes, Tobin Tax, Banking Transaction Tax, Agricul­tural Tax, Gold policy, benami transactions, political funding...the list goes on.

To determine the impact of demonetisation itself, one needs to look at it over time, as it could have differential impact in different time lags. While the short-term impact is discussed here, to understand the medium and long-term impacts one may need to hold on. Two major positive outcomes expected are the increase in the tax base/buoyancy and the reduction in the cost of capital. Preliminary reports suggest that there is an increase in the  numbers of new PAN cards and in filing of direct taxes. Even on interest rates, large banks have already reduced them; others are expected to follow. But we still have to wait for more data to make firm conclusi­ons. With such a broader und­erstanding about the whole issue, CRR could be the right person to revisit all the unsettled questions through evide­nce-based resea­rch. We hope for a revised edition soon.