As The Temple Bells Beckon

India-Myanmar ties, once so close, are at last on the brink of a belated revival 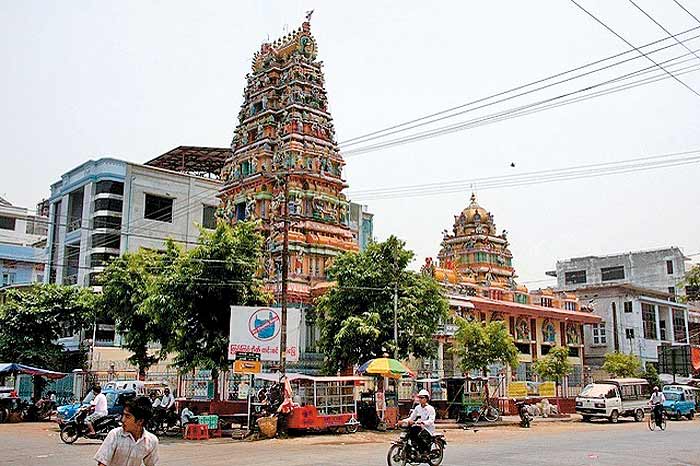 Raj Kumar Khetan sits in his air-conditioned office, his T-shirt carefully tucked into his Burmese lungi, and declares, “There is no comparison between our relations with China and India”. Of Marwari origin, this 61-year-old is a Burmese citizen and the country’s ‘Daal King’, exporting pulses to India.

“When the military government came in 1989, nobody but China supported them. India behaved like an enemy then—by not accepting letters of credit. And when it did come in, it was far too late,” he claims.

India started engaging the military leadership only in the early 1990s and now has a fairly good relationship with Myanmar. Maung Maung Lay, vice-president of the Union of Myanmar Federation of Chambers of Commerce and Industry, is appreciative of Indian help in those difficult days: “India was our friend in need and as they say, therefore, a friend indeed.”

In June 2011, S.M. Krishna became the first foreign minister of any country to visit Yangon after the new government took over. President Thein Sein then visited India in October last. And PM Manmohan Singh’s visit to Yangon in May this year is expected to give a further fillip to the relationship.

The low level of India’s engagement is evident from the poor transportation links with Myanmar. There is an Air India flight from Yangon to Calcutta—a bi-weekly affair in the pilgrimage season (October to April) and once a week for the rest of the year. Compare this with nine flights a day to Bangkok from Yangon, five flights a day to Singapore and daily flights to China and Vietnam.

There is a sizeable Indian population in Myanmar which is not leveraged by India. The Chettiars came here as money-lenders; other Tamils came as farm labour; Biharis to grow sugarcane; Oriyas to lay the railroad; and Telugus for fisheries. The Marwaris, the Gujaratis, the Punjabis and the Sindhis all came for trading.

The Shankh brand lungi, sold in South India, was first made in Burma, and it was here that the Murugappa Group started. Rekha, the film actress, was born in Burma; Tamil cinema immortalised the flight of Tamils from Rangoon in the 1956 film Rangoon Radha; another famous 1945 film, Burma Rani, was about a British spy ring headed by a Tamil woman.

Thousands of Indians fled Myanmar after the Japanese invasion in 1941-42, and then again in 1962 after General Ne Win nationalised all industries and pauperised Indian businessmen.

Today, with changing times, India needs to change its mindset about Myanmar and give it the weightage and importance it deserves. Opportunities exist for Indian businesses in the oil and gas, telecom, coal sourcing, health and pharma, cement, pulp and paper and the agricultural-processing sectors. Myanmar needs help in improving banking facilities, and the Union Bank of India has taken a lead in trying to set up an office in Yangon. There is also a great opportunity for increasing trade along the 1,600-km Indo-Myanmar border by opening many more trading posts. There need to be more flights and direct shipping arrangements.

“Indian business houses should invest in Myanmar to get the early bird advantage. Indian firms ought to grab the emerging opportunities quickly,” says a businessman in Yangon.