‘As Home Secretary, I Was Disillusioned’

The former home sec­retary joins the BJP, declares it is the only political party to care about national interest 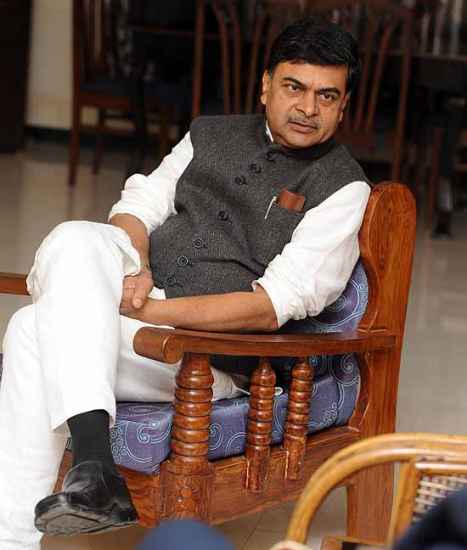 It was a ‘coup’ of sorts when Raj Kumar Singh joined the Bhara­tiya Janata Party last week. While another retired IAS officer, former petroleum secretary R.S. Pande, also joined the BJP the same day, it was Singh who hog­ged the limelight. The 1975 batch IAS officer of the Bihar cadre is possibly the first Union home sec­retary to take a plunge into politics. And it left several red faces around as the outspoken Singh declared that the BJP, to his mind, was the only political party to care about national interest. Uttam Sengupta interviews the man. Excerpts:

You are possibly the first Home Secretary to join a political party so soon after retirement. People are questioning the decision. Was it a sudden decision ?

I had made up my mind to join politics full time while I was still in service. I shared my feeling with the Bihar chief minister also soon after my retirement. And he was kind enough to invite me to join his government as advisor with cabinet rank. He was also open to the idea of  taking me into the Janata Dal (U).  A large number of  bureaucrats all over the country have got into politics  soon after retirement and some of them have even taken premature retirement before doing so. To that extent, my decision is hardly unusual.

But shouldn’t there be a cooling off period?

As of now, no rule suggests a cooling off period for joining political parties. Several officers have taken premature retirement to contest elections in the past. Moreover, why should there be a bar on bureaucrats joining public life after retirement ?

Because of the feedback I received. When I served under Nitishji during his first term in...