In Outlook this week, a diary from Arunachal Pradesh. 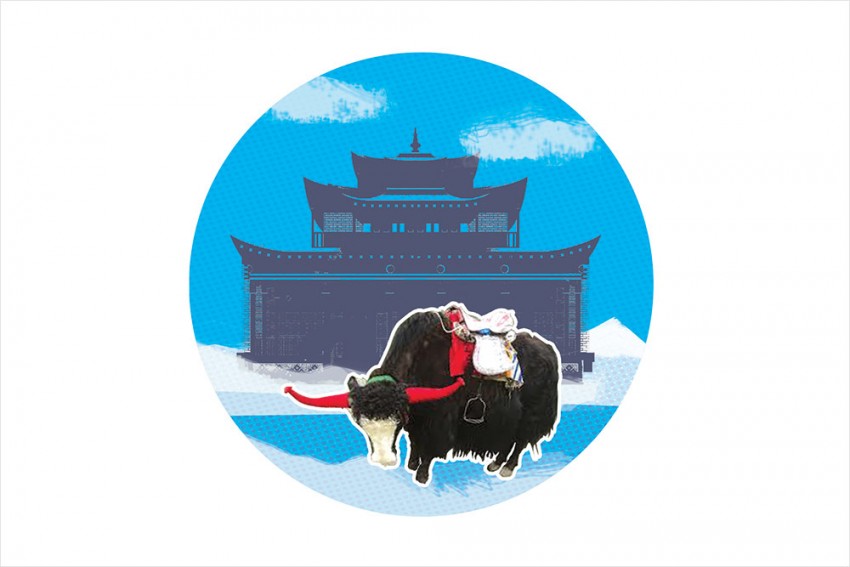 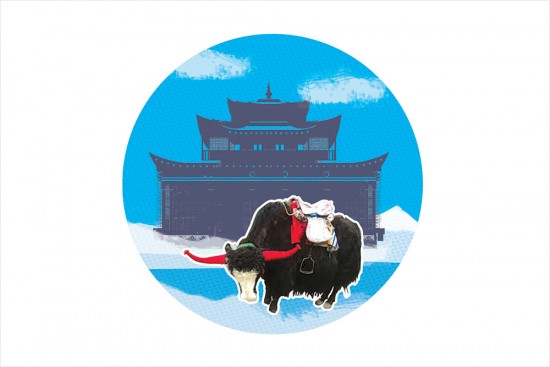 What can be more terrifying than getting a flat tyre in the middle of an active landslide landsliding in s-l-o-w m-o-t-i-o-n? Watching the only two locals you can run to for help in miles (not in slow motion), look even more terrified than you! And we’re talking about seasoned Arunachalis, who watch entire mountains do the Cha-cha-cha every monsoon, with JCB drivers and junior BRO officers on speed dial. Men who—flash floods or shine—go about their lives, without so much as a by-your-leave to the weatherman. So it takes a special kind of bad luck—the kind that Richard Attenborough films in apocalyptic long shots—to scare the living daylights out of them.

Matters are made marginally worse by a reluctant spare that hasn’t been unbolted in three years, and a jack that doesn’t jack (a jackass!). As the rolling stones pick up pace delirium sets in like an anticlimax at dusk. In the final five elastic minutes that it takes for tyre and car to unite, I’m overtaken by a sensation of supreme four-beers-down-kind-of-goodwill towards two terrified bystanders, my co-passengers, including a UN delegate and a doughty Nepali driver, and His Holiness the Dalai Lama… following as we are in his footsteps, hurtling down the high road to freedom that took him from Tibet to Tezpur in 1959. “Last week, word came that the Dalai Lama had reached safety in the village of Towang, just across the Indian border. His two-week march to the frontier, it was said, had been screened from Red planes by mist and low clouds conjured up by the prayers of Buddhist holy men,” reported the Time magazine, making concessions for holy Houdinis, who could whip up guerrilla clouds out of thin Himalayan air.

Morning Shows (Not) The Day

Earlier that morning—and I mean 4.45am—we couldn’t have been more sanguine about the weather if we tried. Off we went at the crack of dawn to stockpile good karma at the Tawang Monastery, second-largest after Lhasa’s Potala Palace. It was a short walk from our homestay, one of 17 in town. So we slipped into our walking shoes, tied our shoelaces, and did the only sensible thing to do: drove there, in penitent silence.

A womb of darkness, the du-khang or main assembly hall was thick with the smell of incense and butter lamps. At the far end sat Buddha in his saffron chogyu, looking awake and awakened. As the only tourists in his line of sight, our primary job was to stay out of trouble. And so we did, like thangkas on a wall, watching over crouching, chanting burnt-red robes, many of whom were knee-high, and curled around each other like cats in the cold.

Outside, the manic rain refused to let up. Like the harmonic drone of a tanpura, it lent acoustic support to incanting lamas. Everything was at once intense and intimate. Even the rain. Especially, the rain! But, soon, steaming cups of butter tea found their way into our chilly hands. Sunlight poured in feebly through the sheets of water. No landslides or flat tyres in sight; no fear or foreboding. Absolutely nothing to worry about, except breakfast.

And yet, you might ask, why travel to Arunachal Pradesh in July? Why risk life, limb and cloudbursts to meet its mountains? Do they go walkabout every summer? The answer is: for bread and some excellent yak butter. I was travelling with a party of Outlook Responsible Tourism Initiative’s partners to Dirang for an outreach programme, buffeted by monsoonal winds and a sense of purpose. Turns out, off season is an excellent time for sustainable travel-related evangelism. With no place to flee, no tourists to fuss over, and plenty of time to kill, you’re assured a captive audience.

Dirang is one of two places to break journey to Tawang; Bomdila is the other traditional alternative. Once an una­ssuming cluster of huts, today, the balmy valley weather tempts travellers to linger awhile, before charging up the hill to see the big-ticket attractions in Tawang. The small-ticket ones here are just as charming—kiwi orchards and bridges swaddled in prayer flags, sleepy bazaars and river breezes, yak dances and lac red eri silk weaves with monkeys, horses, elep­hants and mahouts. All this, if you come up for air between meals.

Speaking of meals, what’s your idea of salad greens? Lettuce go you and I, when the evening is spread out against the sky, like a patient etherised upon a (groaning) table, to Thembang, a magical Monpa fort-village, near Dirang. Pile your plate with freshly plucked buckwheat leaves, chives, wild leeks and other foraged greens paired with the most delicious chili chutneys and at least 20 other dishes that combine curiosity and comfort. The epicentre of many a war (including the Sino-Indian of 1962), collector of ancient taxes from lands as far away as Assam, Thembang is so quaint, barter’s still practiced here. Until ­recently, when locals traded yak butter and cheese with traders from Tibet, they tied knots on a thread, snipping a knot a day, until one remained. At which point, they dutifully clambered back up the mountain, covered in snow so deep, the yak’s tail was their tow rope!

(She is a Delhi-based journalist)