Art Of Living, Together

A compelling case for intercommunal associations as a guarantor of peace 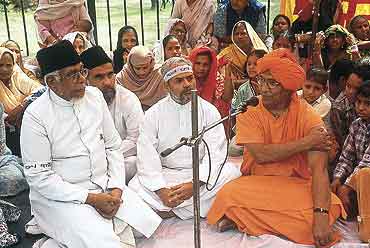 What does one make of facts such as these? The systematic evidence gathered in this book allows us to see just how uneven the spread of Hindu-Muslim violence has been, even in calamitous times. The rich and well-textured empirical evidence alone make Varshney’s a remarkable achievement in a field where scholarship usually generates more heat than light. But Varshney also proposes a theoretically innovative explanation for this variation. National-level factors, like political provocations, polarising ideologies and institutional forms can contribute to Hindu-Muslim conflict, but they can’t explain variations in violence.

The distribution of violence has to be explained by locally specific factors. But structural factors like class, or demography, economic temptations, or even administrative biases, are no good explanations either. The key lies in the local networks of association that bind the two communities together. Those cities or localities that have a density of intercommunal networks of social life, that routinely bring together members of the two communities, are less likely to be riot-prone than cities that lack such networks. While everyday forms of engagement between two communities can help bring about peace, shared associational life in the form of political parties, trade unions, peace committees, that routinely and actively elicit intercommunal participation is the most robust guarantor of peace. Such associations not only help build trust, they also allow support for communal peace to be more visibly, forcefully expressed.