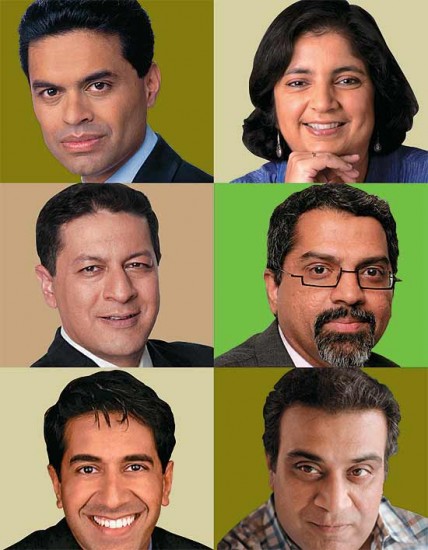 Not so very long ago, the only prominent Indian on American TV was a fictional one. Apu Nahasapeemapetilon, an immigrant from India who spoke with an exaggerated ‘Indian accent’, was the proprietor of Kwik-E-Mart on the long-running animated US sitcom The Simpsons. Now, one can’t help but notice the proliferation of people of Indian origin in all streams of media across America—television, radio and print. From CNN’s Fareed Zakaria and Dr Sanjay Gupta; to Raju Narisetti, managing editor at the Washington Post and Tunku Varadarajan, editor of Newsweek International; to Madhulika Sikka, executive producer of NPR’s Morning Edition and Nik Deogun, senior vice president and editor-in-chief at CNBC, the list goes on and on. “In just these names, you are talking about some of the most important media posts in America,” says Sreenath Sreenivasan, digital media professor at Columbia Journalism School in New York.

Sreenivasan co-founded the South Asian Journalists Association (SAJA) in 1994. At the time, he estimates, there were only around two dozen journalists of Indian origin in newsrooms across America. “Fast-forward to today and I lose count at about 1,000,” he says. Indian journalists, in particular, shone during the Iraq war coverage. Many of the finest have studied in American journalism schools like Columbia and Stanford.