Many wrongs have all but condemned West Indies cricket to perdition 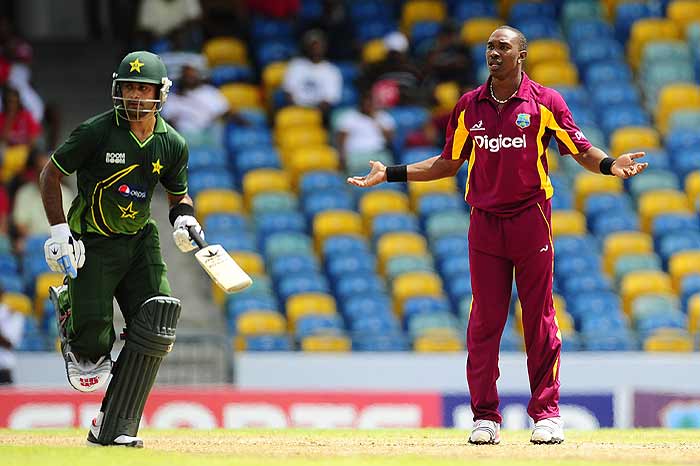 A trip to the West Indies was once fraught with mortal danger. The Caribbean batsmen battered the best of bowlers into submission. Their giant and gentle bowlers could break wickets and limbs. Prospective visitors rallied their forces, picked their best players, and still knew they’d be beaten and bruised. But times change. India is sending their one-day team to the West Indies without their captain, Mahendra Singh Dhoni; without their best batsman, Sachin Tendulkar; their best bowler, Zaheer Khan; and without Virender Sehwag, their most feared batsman. Two issues are involved here—the might of money and the current fragility of the West Indies.

Indian fans have seen the effect of the club-country conflict on Sri Lanka, West Indies and New Zealand, and some of them have silently rejoiced at the power of the rupee. But this conflict now impacts India. N. Srinivasan is the BCCI secretary and president-elect as well as owner of Chennai Super Kings. It’s clear on which side he is—it’s not the national side. He’s got Dhoni to play for his club, but not for the country.

“BCCI is undermining world cricket...IPLs do not clash with India tours...they trample over everyone else.”
Michael Holding, Ex-W. Indies cricketer

Michael Holding, the great fast bowler, is upset that Chris Gayle is playing in the IPL and not the Test series in the West Indies. Or that Lasith Malinga has retired from Tests to play in the IPL, and that Kumar Sangakkara and Mahela Jayawardene are in India while the Sri Lankan team is touring England. “I don’t blame the players. If I was a player today, I would want to earn that sort of money myself,” Holding told Outlook, “I blame the BCCI, which is undermining world cricket because they are all for themselves.” He says you’d never see an IPL tournament clashing with an India tour. “So they have no other interest. They keep on trampling over everyone else,” Holding adds. “And sadly, the ICC has no control over the running of the game, because the BCCI has all the money.”

Talking of Gayle, Holding says you don’t blame a child for going astray, you blame the parent, but he regrets the distrust between the West Indies players and their cricket board. This extraordinary statement by Sir Hilary Beckles, member of WICB and principal of the University of West Indies, exemplifies that: “Frank Worrell is the father of the nation, Sobers is the king of cricket, Clive Lloyd is the statesman, Richards is the general of the army, Brian Lara is the prince, and Chris Gayle is the don.” He added that the WICB is trying “uproot this don-manship out”. In Jamaica, Gayle’s home, this has caused a furore.

The West Indies have been in decline for 20 years now, belying hopes countless times. But is this decline terminal? Rahul Bhattacharya, the cricket writer who’s produced his first work of fiction after travelling in the region, isn’t hopeful. He suggests that cricket is not the choice of the times in the Caribbean. Cricket served its purpose in the 1960s through to the 1980s, when the sport acquired a larger, nationalistic meaning and purpose. “Cricket had a sort of purpose then in the pan-Caribbean nationalist project,” he says. “In the 1960s and ’70s, the colonies gained independence one by one. Black nationalism was gathering momentum worldwide. Their team was able to perform at a high level of excellence, and beat the white man.”

He says some of those factors aren’t as relevant now. As cricket declined in the last two decades, football and athletics gained. Jamaica qualified for the 1998 FIFA World Cup finals, Trinidad and Tobago did so in 2006. And Jamaica, home to Usain Bolt, is called the “sprint factory” of the world. “Cricket is not attracting the best athletic talent in the region,” says Bhattacharya.

The WICB’s bumbling ways have compounded the crisis. “Cricket should be accessible, but sadly, there are no efforts (by the WICB) to get the youngsters to play,” says Holding. The workings of the WICB, its former corporate manager Tony Deyal says, must be investigated. “The WICB is a limited liability company and is only accountable to itself and its shareholders, the six boards that own it,” he says. “More, the boards are oligarchies since there are restrictions on membership, so that the WICB represents less than .000001 per cent of the fans of West Indies cricket.”

Cricket journalist Vaneisa Baksh agrees: “Hostility pervades relations between all parties; hostility, mistrust and a kind of gamesmanship that combine to create a horribly dysfunctional environment.” She likens WI cricket to a dysfunctional family in which the children are caught in the crossfire—which of the parents to believe? “The young players face such dilemmas. Will their loyalty to the player association (WIPA) be questioned if they go along with WICB initiatives? Is it okay to be close friends with a teammate who is at loggerheads with the WICB or WIPA? Where do loyalties belong?” Apart from playing top teams, she says young players need “a sort of mental physiotherapist to help them cope with the extremely discordant and confusing environment they inhabit.”

So, can the team rise from the No. 7 and No. 8 positions they inhabit in the ICC Test and ODI rankings? Not in Tests, it appears. “Even if you see a revival, it’s likely to be in the shorter form of the game,” Bhattacharya says. Confirming that the West Indian fan is more interested in the limited overs game, Baksh asks, “Can any Test-playing nation change that general falling away from Test matches? I imagine it will only come by producing a highly competitive team, and that might not even be enough. Maybe only a super, phenomenal team (like the one they once had) can open the doors again.”

As West Indian cricket’s glorious past recedes further in time, chances of its return grow bleaker. Bhattacharya notes that any serious-minded person in the West Indies is also a cricket enthusiast—but that person, he says, is likely to be an old-timer. Cricket seems to have become an anachronism in the Caribbean, and against Holding’s best hopes, the days when the world quaked in its cricketing boots before the West Indies seem unlikely to return.