Muridke puts on aspect of innocence for the world. But jehad lurks beneath... 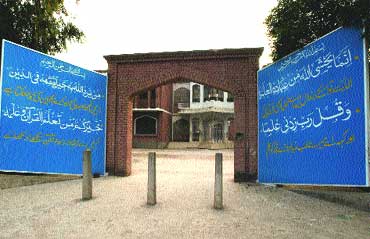 "Jehad is not about Kashmir only. About 15 years ago, people might have found it ridiculous if someone told them about the disintegration of the USSR. Today, I announce the break-up of India, Insha-Allah. We will not rest until the whole (of) India is dissolved into Pakistan."

Some people don't evolve. They only ride the crest of passion hoping to realise their dreams of destruction. Nine years after that rabble-rousing in Lahore, the former professor of Islamic studies was back to spewing vitriol against India. In his Friday sermon on October 17, 2008, again in Lahore, he ranted: "India has blocked the Chenab waters and constructed the Baglihar Dam.... The only reason all this has happened is because jehad has been abandoned. India understands only...the language of jehad, which cannot be suppressed. In fact, with some support, jehad can break up India like the former USSR."