And She Wore Iron 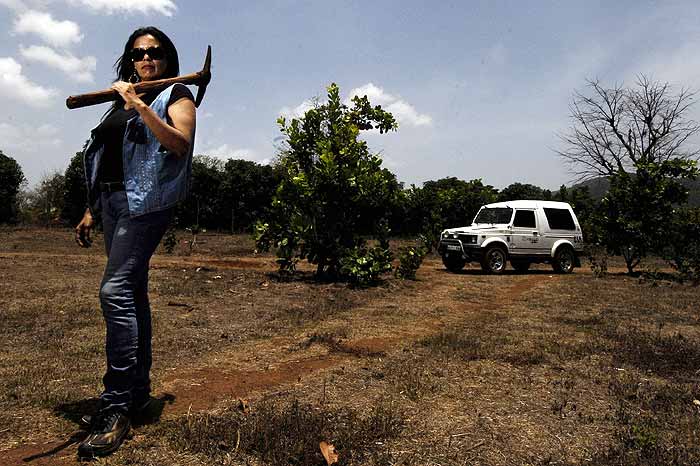 We are in Cheryl D’Souza’s Gypsy and she’s driving like the devil’s on her tail. D’Souza’s long brown hair blows in the wind while she talks with one hand, expertly shifting gears with the other. We fly past the paradisiacal landscape: fields of dazzling emerald, lush beckoning jungle, craggy, sacred mountains and ancient shiv lingams crowned with mogra. Interspersed with— and jarring to the core (are we really in Goa?)— red, open wounds, shorn naked earth, haphazard devastation. On the man-made ridges, massive yellow backhoes carry on, ripping out the forest, levelling the hills, creating deep craters, loading the earth on trucks. We pass a pretty, Monet-like garden by the side of the road. “It doesn’t stand a chance,” says Cheryl, looking straight ahead, “it will be dead and swallowed by the first rains.” We are returning to Cheryl’s farm in the village of Maina, back from the neighbouring Caurem (district Quepem), where the women have risen against the mining companies and are blockading the road into their village, keeping out the trucks. At every gate of every mine we pass, young men in uniform guard against unwanted visitors (last week a journalist was ‘manhandled’ and illegally detained). “They are mostly nice kids,” says Cheryl as we speed past on the bumpy, dusty road. “Many of them are ashamed about taking part in this, but as they say ‘what to do?’ That’s a favourite Goan refrain, ‘Oh well, what to do?’ I hate that f***ing phrase. There’s lots to do.”

It used to be that on a Saturday night you would find Cheryl D’Souza (44) dancing to a favourite hip-hop number at any of Goa’s beachside clubs and continuing the fun into Sunday afternoon. Last Sunday she spent in jail along with 96 other women for her active stand against mining in her area. It was her second such arrest. Through a mix of fate and stubborn determination, she has become one of the folk heroes of the grassroots movement under way in Goa; a people’s attempt to put a stop once and for all to what they see as the destruction of their state by the mining industry, controlled (and profited) by a handful of families and a few private companies. We have reached the farmhouse, through the gate and past the farm’s 1,000 cashew trees, mango groves, chikoos and hibiscus. Cheryl, on the run since daybreak (she has a city job and a daughter in school), is off to oversee the dismantling of a truckload of manure and the packing of her new line of pickles. 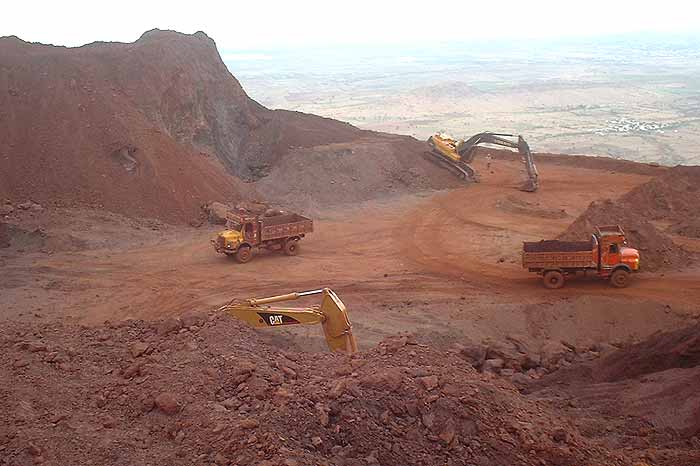 One of Goa’s many iron ore mines