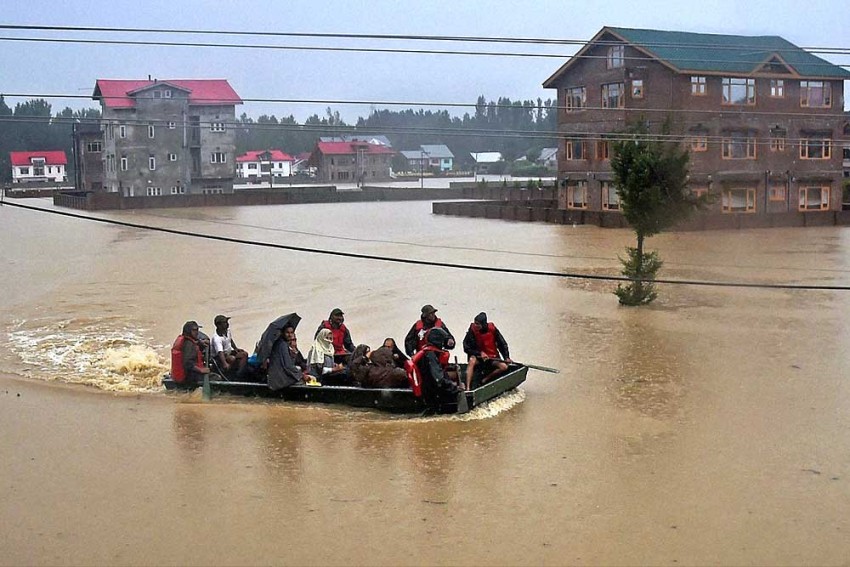 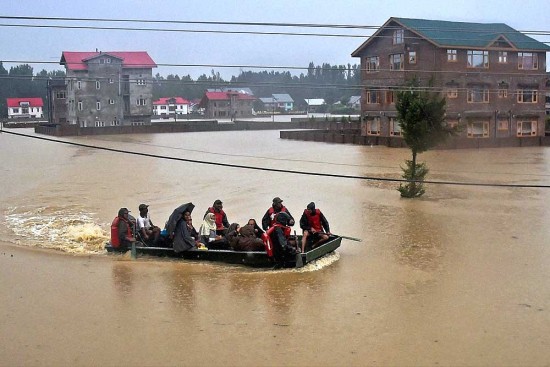 Huge expanses of water. Here and there clusters of half-submerged houses and overflowing rice paddies. Lamp- and electricity-posts protrude above the water, arrayed like helpless sentinels along flooded roads and highways. Cities, towns, cantonments and villages cut off by water. Lakhs of people stranded on rooftops, upper storeys, mounds or knolls—all dependent on defence personnel and relief workers to bring them food and other supplies or to move them to safe ground. Heavy rain over the Sept 5-7 weekend inundated the flat vastnesses along the Jhelum and the Tawi in the region where the two rivers drain into the Dal and Wular lakes. Bridges were swept away, roads subsided or disintegrated under water, landslides and mudflows caused messy and dangerous blockages. Telecom networks broke down, Doordarshan was off air for several hours. Rainfall abated in the new week. Nevertheless, Kashmir Valley is in the throes of a disaster unprecedented and gargantuan, the worst, some say, in 60 years. 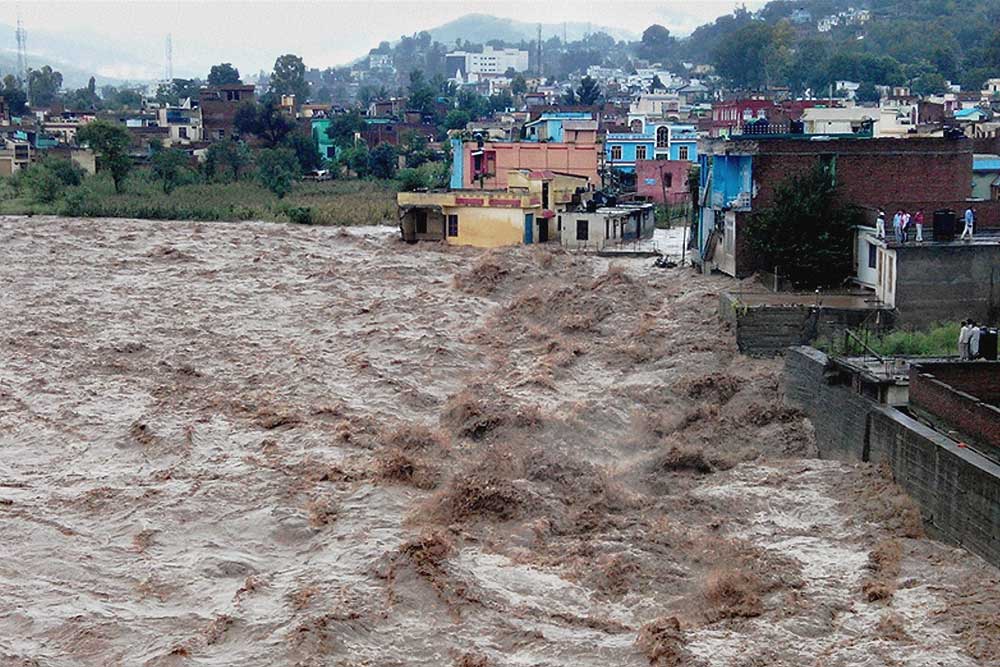 On Tuesday, September 9, the death toll crossed 200, itself no index of the scale of the disaster. The army had rescued 23,000 people and the National Disaster Relief Force 5,000. The prime minister declared the event a national disaster and announced special assistance of `1,000 crore to the state, besides disbursals from the PM’s relief fund. Army, navy and air force personnel are using helicopters, rafts and inflatable boats to reach the marooned. Still, lakhs continued to await succour. “Where is the government?”—these were the words on many lips. 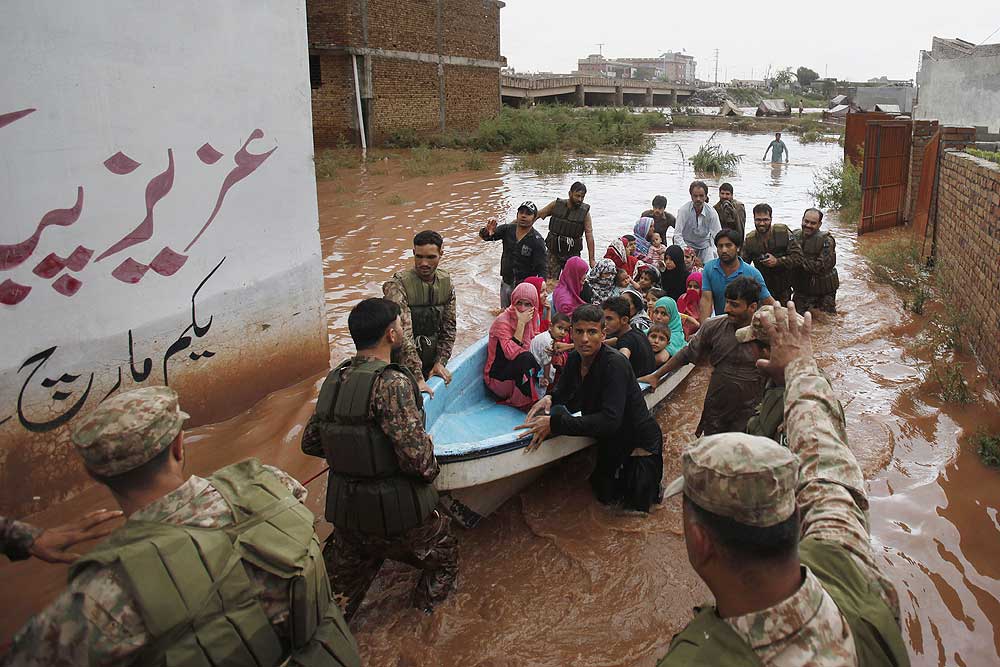 Pakistan Besides PoK, many areas are flood-hit, including Islamabad’s outskirts

The Central Water Commission is being blamed for failing to warn the state: the commission has 175 flood forecasting stations in other states, not one in Jammu and Kashmir. So people were caught unawares. Rainfall for the season was 308 mm on September 3, a deficit; by September 6, it had swollen to 558 mm, way in excess. Within 48 hours, waters rose sharply in the Jhelum and the Tawi, breaching embankments in many places. The state government is also being blamed. After a 2012 cloudburst in Ladakh, the Omar Abdullah government had formulated a disaster management policy. Without an implementation mechanism in place, it proved useless. To compensate, groups sprang up on social media, brimming with appeals and sos messages.

Floods do not respect borders. The devastation and panic was as severe across the LoC. The Indian prime minister offered all assistance for relief in PoK; Pakistani prime minister Nawaz Sharif made a reciprocal gesture.