The tale of an old-world movie exhibitor, who refuses to let go of the past 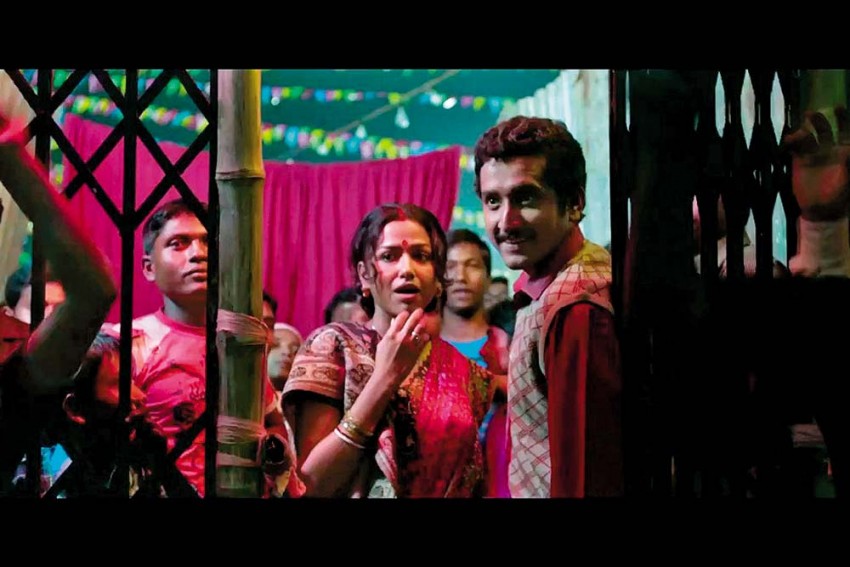 Kaushik Ganguly has created a niche for himself in telling stories of unsung heroes of the Bengali film ind­ustry. After the heart-­warming tale of a background sound artist (Shobdo), here is a heart-wrenching one about an old-world movie exhibitor, who refuses to let go of the past, desperately clutching onto the bygone era of single-screen movie theatres.

Prabendra Das is a wholesaler at the local fish market whose real passion is cinema. Despite repeated threats from promoters, developers and real estate sharks, he doesn’t let go of the imposing but crumbling movie theatre he had opened nearly half a century ago. His only support in this is his loyal associate, Hari. Das’s son is more interested in the pirated-DVD trade. An engaging family drama emerges. The father calls the son ‘a thief’, blaming people like him for the decline of ‘cinema halls’. The son ridicules him. Though for the most part dark, low-lit and slow-moving, the film is captivating, all the more remarkable considering that most of it centers around a distraught, cynical man. The credit goes as much to Paran Bandyo­padhay’s performance as to Ganguly’s direction. Death is an underlying theme and an enduring image is of projectors being carted off like dead bodies. But the end is a bit too melodramatic and doesn’t go well with the controlled storytelling.

An Apology from ‘Outlook’