What If Steve Jobs Had Stayed Back In Benares? What If AB Wasn't 'Inspector Vijay'? What If Amjad Khan Had Been Rejected For Gabbar's Role In Sholay? What if... 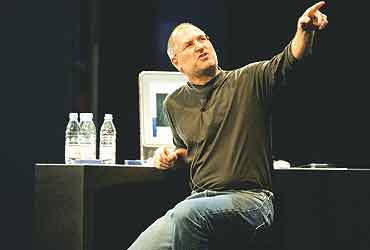 What If Steve Jobs Had Stayed Back In Benares?

In the early ’70s, a stoned hippie called Steve Jobs arrived in Benares looking for nirvana. But when he asked a sadhu about the Big N, the savant dragged him to the top of a hillock, shaved his head and let him go. This weird experience convinced Jobs—don’t ask us why—that the N way lay in making the computer as ubiquitous and user-friendly as a bicycle. He set up Apple Computer.

If Jobs had stayed back in Benares, computers would probably still be room-sized devices running spools of tape (Apple invented the floppy disk drive), their secrets known only to cultish initiates. Even if computers became smaller, there would be no mouse, no graphical user interface, which Jobs introduced with the Mac. The internet would be something that only the Pentagon and universities would be using.

Jobs, settled in Haridwar, would be heading a million-strong spiritual movement,...