An Overdose Of Subsidies

With fudged records, the industry is devouring the taxpayer's crores to boost its health 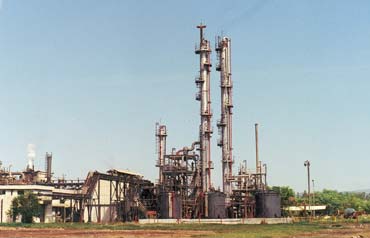 outlookindia.com
-0001-11-30T00:00:00+0553
The fraud has been going on for almost a decade. India's fertiliser industry has been devouring the taxpayer's money worth thousands of crores of rupees by drawing excess subsidies from the state exchequer. The funnelled monies have been ironically passed off as farmer subsidy all these years.

This allegation has been raised in the past. But it has now been confirmed by the findings of an expert committee headed by Dr Y.K. Alagh, former central minister and fertiliser expert. The report has been completed and will soon be submitted to the government. Set up by the ministry of fertilisers and chemicals a year ago to examine the overdrawing of subsidies by fertiliser companies, the committee has found that as many as 27 ammonia and urea plants owned by top fertiliser companies in the country have understated their production capacities. The same have now been reassessed. The cbi is also investigating the criminal intent in the subsidies scam, although it is yet to report any progress.

The Alagh committee has recommended that the overdrawn subsidy, that runs into several crores, should be recovered from the defaulter fertiliser companies with retrospective effect from July 1, 1997, onwards. If Dipankar Mukherjee, cpi(m) Rajya Sabha MP, at whose intervention in Parliament the expert committee was set up, is to be believed, the amount recoverable could run over Rs 1,200 crore. Says Mukherjee, who is a member of the parliamentary standing committee on petroleum and chemicals: "The gigantic proportions of this scam can be seen from the fact that the technical committee of the Fertiliser Industry Coordination Committee (ficc) in March 1998 recommended recovery of a whopping Rs 444 crore overdrawn as subsidy by the Nagarjuna Fertilisers and Chemicals Limited. That was the case with just one company. The total amount thus claimed by all companies put together runs into thousands of crores."

With the Alagh committee report, the core issue of the retention price scheme (rps) being used as a gateway for overdrawing subsidies by the fertiliser industry has once again come into focus. The rps was introduced in 1977 to provide chemical fertilisers to farmers at uniform affordable prices and at the same time, ensure a reasonable return on investment to the fertiliser industry.

In the current rps practice, the government decides the rate at which the fertiliser (urea) is to be sold in the open market to farmers. Various factors are taken into account while fixing the price. Among these is the total cost of production incurred by the fertiliser plants. The type of plant, kind of feed stock used for production and even the amount which the fertiliser companies have to repay as loan to the financiers is considered. All these are reckoned to ensure that even if a plant operates at 90 per cent of its capacity, it should be able to get at least 12 per cent returns post tax.

Then how do companies make the extra buck? Here's a hypothetical case. If a fertiliser unit has a capacity of, say 100 tonnes, it shows on paper that it can only produce half of it. Since the cost of production of every unit is higher for a low capacity plant, the amount of subsidy is linked to it. So the company which fudges and shows lower capacity gets a higher subsidy. Once the subsidy is fixed, the manufacturer is free to sell all the stock he produces. The fertiliser ministry helps by never questioning how a 50-tonne capacity unit is selling 100 tonnes of the product.

Says a senior official from ficc which fixes the rps: "It's simple economics. If you produce more, the cost of production per unit goes down. The companies simply understate their installed capacities for which a particular sum per unit is fixed as subsidy. However, they actually produce much more and subsequently incur a lesser expenditure on production. They continue to draw a higher rate of subsidies calculated on their supposedly high cost of production on paper. This is referred to as gold-plating."

The fraud has been so blatant that most of the companies on record are surpassing their production to the extent of about 40 per cent of their installed capacity. This is virtually impossible. "How can you produce more than your installed capacity? And to the limit that companies are showing 130 per cent increase in their output," asks a bureaucrat in the ministry of fertilisers.

Surprisingly, there is no denial of the fact from the fertiliser industry that the plants have higher production capacities than what has been officially stated. The fertiliser industry almost seems to justify and endorse the gold-plating exercise, arguing that eventually the post-tax returns on production remain at 12 per cent or even lower for most of the companies, which is otherwise also envisaged in the rps.

Says Uttam Gupta, chief economist of Fertiliser Association of India (fai), the nodal organisation of fertiliser manufacturers: "Plant capacity is one of the several factors involved in the determination or fixation of retention price. Consequently, there is need to take a holistic view of pricing in order to assess whether a situation of excess payment arises or not. The overall position is such that despite operating at high capacity utilisation, manufacturers generally are getting returns that are either lower or at best close to the 12 per cent post-tax return contemplated under pricing. Had they operated at normative levels, the return would have been significantly lower or even losses in some cases." The Alagh committee does not buy their argument.

In 1999, the technical committee of the ministry of fertilisers had examined the installed capacity of seven gas-based urea manufacturing units. The terms of reference of the expert committee were to identify all high-capacity ammonia and urea units, to assess their production capacity and recompute their retention price. It found that all seven units were understating their capacities.

This finds mention in the Alagh committee report. It notes that the technical committee's report was rejected by the ficc on the ground that it had not studied all ammonia and urea plants which had high-capacity utilisation. Subsequently, yet another five-member expert committee was set up under the chairmanship of G.B. Purohit, the then consultant in the department of fertilisers. The Purohit committee reassessed the capacities and worked out the financial implications. But it was also put in the cold storage.

The issue of gold-plating was almost neglected in the early '90s when the demand for urea was large and international cost and import was a costly exercise. However, due to the open market policy and a downward trend in the rates globally, the price of imported urea is now cheaper than that produced by the home industry. With the wto agreement coming into effect from April 1, this year the international rates of urea are expected to slide further.At this stage, the government is talking of total decontrol over urea. The finance minister, in his budget statement, has set 2006 as the deadline for this.

But for the time being, the more contentious issue is of recovery of overdrawn subsidies by the fertiliser companies. In the past, beginning August 1992—when the issue of gold-plating was first raised—the subject has been deliberated at length on as many as ten occasions. Notably, every time the findings pointed out blatant manipulation in the projection of installed capacities by fertiliser companies and subsequent overdrawing of subsidies by them. But each time, the recommendations of one committee were followed by the formation of yet another expert committee, thereby preventing any concrete action.

The Alagh committee report is the tenth in a series. It remains to be seen whether it will meet the same fate as its predecessors. The fertiliser lobby is known for its political clout. The big question is whether the government will act and recover, at least in part, the farmer subsidy that has been cornered through the fertiliser fraud.