‘An Intentional Effort To Distort The Debate...Borders On Outright Fraud’ 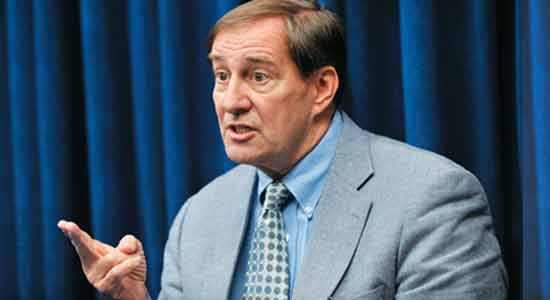 Roger Sedjo, a Washington-based economist, was involved in the IPCC’s 2nd, 3rd and 4th assessments between 1996 and 2007. He was a lead author of one of the chapters in the 3rd assessment and part of the team to be awarded the 2007 Nobel Peace Prize. Sedjo is also a senior fellow and the director of Resources for the Future’s forest economics and policy programme. Excerpts from an interview with Ashish Kumar Sen:

Is the uproar over an error in the IPCC report justified?

It has created a much bigger furore in India than it has here.

Should Dr Pachauri step down?

Should the head of an organisation be responsible for each piece of paper that comes out of his office? I should say not. On the glacier melting date, was the mistake inadvertent or by design? I cannot conceive of a publication coming out where they don’t pay careful attention to an important detail like a 300 years’ difference. Someone should have picked up on this because it changes the whole bottomline. It’s hard to imagine a mistake of that magnitude slipping through as a mistake rather than as an intentional effort to distort the debate. But I don’t see how it reflects on Pachauri. He has responsibility for looking into what apparently was sloppiness. But unless this occurs on a regular basis at the IPCC, I find it hard to understand why he should step down.

This is providing tremendous ammunition to opponents of climate science. And even if you are a sceptic, you have to ask yourself, “Are people trying to manipulate the science in order to try and achieve a political aim?” I am concerned that scientists aren’t more worried about these mistakes. Things like this shouldn’t happen. If they were dealing with financial accounting, they would all be in jail. It borders on outright fraud.
Is the lobbying effort in Washington aimed at IPCC and Dr Pachauri?

Among opponents, there is a general disdain for the IPCC, but I have never heard talk in Washington about getting rid of Pachauri.

What is your assessment of the IPCC?

A concern is that a majority of the management are advocates. What you have is an organisation tasked with looking at a scientific question, but the top management, almost entirely, subscribes to the more extreme position: “We have a serious problem; it’s generated by humans and greenhouse gases; we understand the problem pretty well.” That seems to me to be an overstatement. Climate change is a scientific question and science is supposed to be addressed with a certain degree of scepticism.