Karunanidhi finds himself beleaguered on the political and the familial fronts 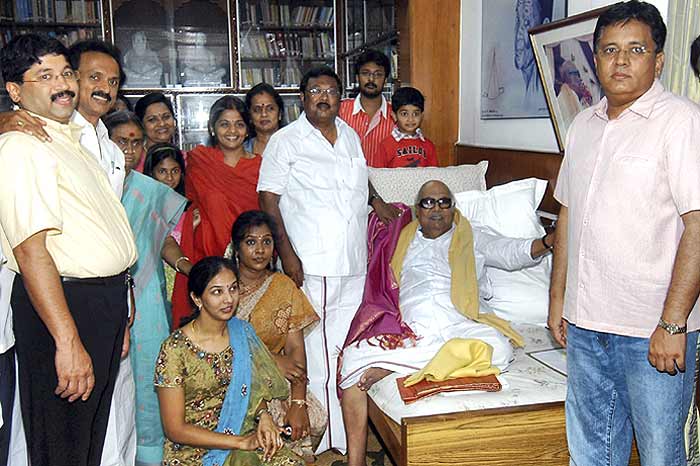 There seems to be no end of bad news for former Tamil Nadu chief minister M. Karunanidhi. J. Jayalalitha, the current chief minister, hasn’t gone after him and his family as she vengefully did during her last term, but nevertheless, she is overturning most of his government’s decisions. She has also turned up the heat on him by targeting DMK leaders on land-grabbing charges. To add to all that, Karunanidhi has to contend with the rivalry that is coming to a head between his sons M.K. Azhagiri and M.K. Stalin. The old man will have to brace himself for that storm when the DMK’s general council meets in Coimbatore on July 23-24.