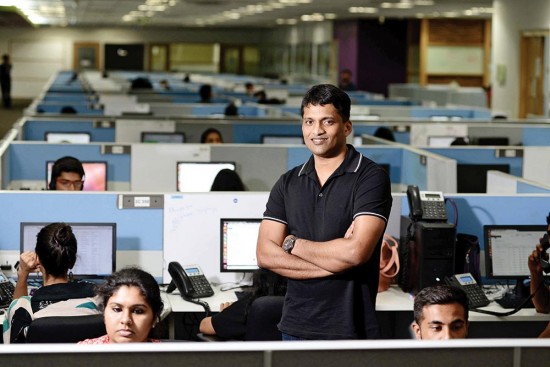 Ask Byju Raveendran for a trick and he will readily whip out a pen and paper to dash off a diagram. It’s a simple geometry problem from Class 8 or 10 that he has scribbled out. But it is also a typical CAT-level question. Byju demonstrates a quick method to get to the answer. “We have a habit of making everything complex,” he says. Tricks, he says, are the result of knowing your subject in and out. A decade ago, Byju’s bag of tricks were an instant draw among friends keen to crack competitive exams.

“That’s how it all got started,” says the 38-year-old, now a household name in the education business. From a travelling tutor holding weekend classes for CAT aspirants in auditoriums in Bangalore and elsewhere, Byju now connects online to a few lakh students from primary school upwards. At the last count, the Byju’s learning app had crossed one million paid subscriptions, cumulatively since 2015, and his firm is on its way to making a profit. 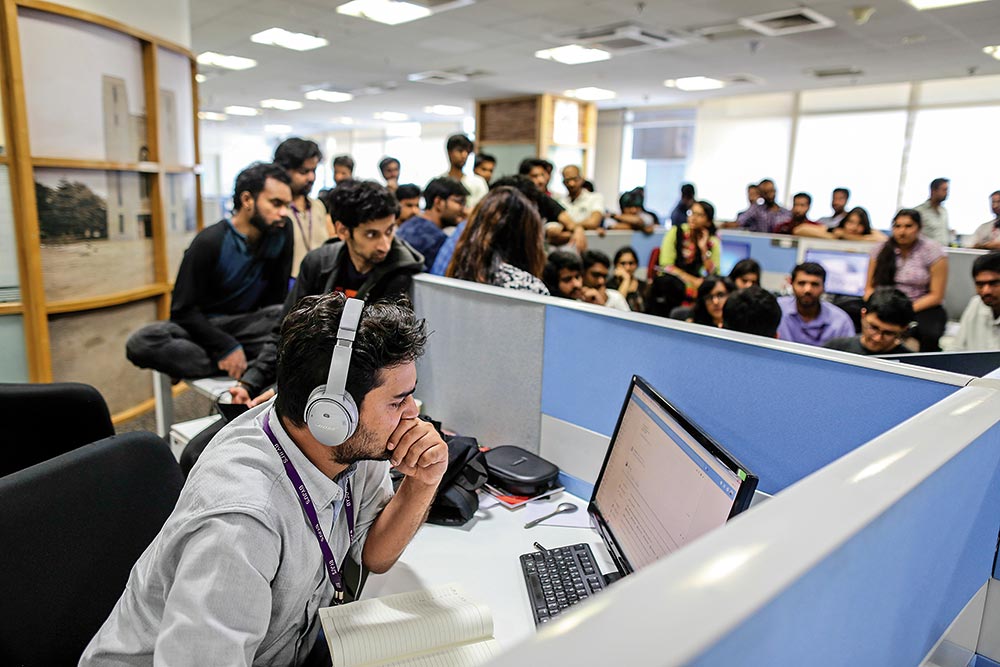 “When things are going well for you, there is no scope for becoming complacent,” he says. The high pace of growth started in August 2015 when the app was launched, replacing the earlier classroom model. The earlier phase helped to understand what the students want. “Our biggest problem is we all learn how to solve questions. We don’t ask questions,” says Byju. “We are inculcating better self-learning habits in students.”

It is important, he insists, because job profiles are changing rapidly, which means people need to adapt quickly. “Almost all reports say that half the jobs today’s school...